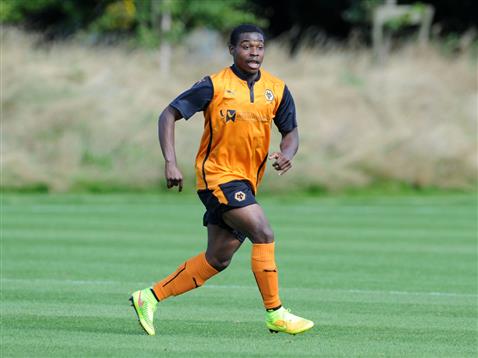 Rangers have apparently taken on another trialist who reportedly played and scored in last night’s 9-0 demolition of Airdrieonians by the U21s.

19-year old winger Mekhi Leacock-McLeod, (possibly) currently a free agent, is at Murray Park to attempt to win over Mark Warburton and get his career back on track after Wolves reportedly let him go following their capture of him from Fulham.

The young attacker is the latest winger to be linked to Rangers, and is yet another trialist if the claims are true, although he was contracted to Wolves till summer next year, and as such it is unclear if the lad really is a free agent or if a small fee to Wanderers would be necessary to complete the deal should he impress.

A right winger, he is a strong and quick and would surely be first-team squad material and a potential solution to the slightly troublesome position on the right where Martyn Waghorn has played as auxiliary while Nathan Oduwa has flashed hot and cold.

The transfer window is well and truly open and Rangers are desperate to get a slightly ailing squad enhanced in time for the business end of the season.