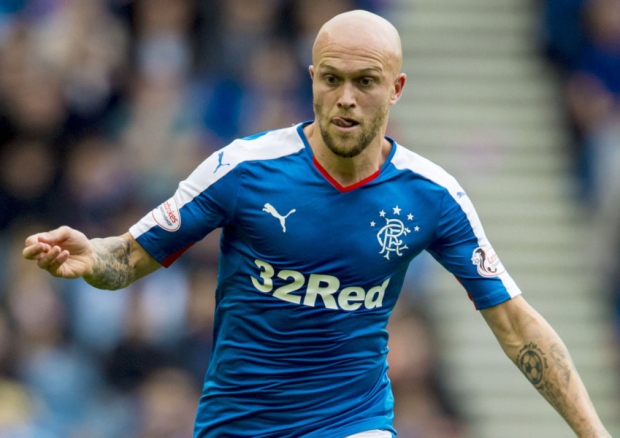 This site has historically been arguably one of Nicky Law’s harshest critics, but with justification. The attacking midfielder has mostly punched well below his weight since arriving from Fir Park in 2013, and despite a bright start as a trialist, it faded and the Englishman struggled heavily to replicate his Premiership form at Ibrox.

As such he has been, fairly, on the end of a lot of criticism over the past 18 months, and even the man himself admits he simply has not delivered in the way he had hoped to.

However, under new manager Mark Warburton Law has been used far more sparingly than the ever-present he was under all the previous managers since he signed – and while the first couple of months of his sporadic appearances under the Magic Hat were by no means anything to write home about, they grew in influence from September and Law started to look like a completely different player.

Gone was the absent play, lazy passing, lacklustre movement and general apathy, and Law, now no longer a guaranteed starter, was giving infinitely more to the cause.

The one stark difference between the old Law and the new one is the new one rarely scores – instead he plays a little deeper, working around the circle to the box to keep the ball moving, always looking for team mates. His work ethic has gone up tenfold, and he looks energised, industrious, with a level of quality in his play (especially when feeding the flanks) that fans have rarely seen from him till Warburton showed up.

Right now the playmaker is recovering from injury, but is back in training and was an outside bet to make the bench for the 2-2 draw with Morton. He did not, but a number of fans have noticed Rangers’ weaker form has coincided with his absence.

They may be right to conclude 4 from the 2+2 or they may be well off target, but the timing is uncanny, be it his direct influence when on the field or the competition he provides by being on the bench.

Either way, with Rangers certainly a bit lacklustre right now, Law’s return would be a decent boost to help raise the level of those around him who may just be getting a tad complacent without the threat of his taking their place.

And directly speaking, many fans note how impressive his form was prior to injury and maybe pine for his return.

Perhaps it is a case of absence making a player 10 times better than they really are, but his return certainly cannot hurt Rangers’ cause.

We will see if Mark Warburton agrees.