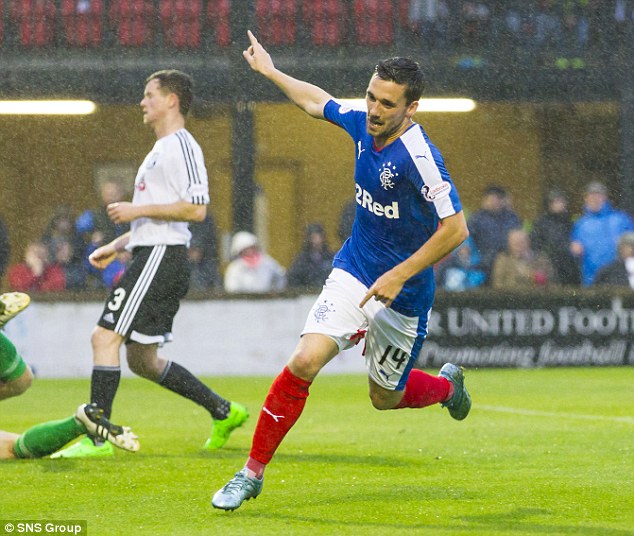 (editor’s note: Forgive me for the woeful headline pun)


Signed two and a half years ago, Nicky Clark came to Ibrox with a stunning reputation. Having smashed over 40 goals for Queen of the South in 2012/2013 at a higher level, he looked a ready-made talisman, a 20+ goal a season striker who would bag them for fun in Govan.

The harsh reality, 30 or so months later, is he just is not good enough for a club the size of Rangers.

This is not meant to attack his actual ability – even in the-then Division Two scoring 40+ is a brilliant achievement and worthy of praise. The problem is Clark seems to suffer ‘small club mentality’ – as soon as he dons the shirt of a big club, he loses confidence, belief, and his vital first touch deserts him, and more often than not he runs around aimlessly. Many fans have described him as a headless chicken.

17 goals in over 60 appearances for Rangers is not the tally of a clinical finisher.

He has been through four managers at Rangers, and none have believed in him. Rarely making two starts in a row, Clark has epitomised a player with heart, effort, but a complete lack of quality.

He started yesterday’s match through Miller’s injury – but for that he would have been on the bench.

This article sounds like it is absolutely slaughtering the lad, and maybe that is true and I am a little unfair – he is certainly one of us, and gives everything he has – the truth is though it is not good enough.

He is acceptable as a bench option, but in a fully-fit Rangers he would never start unless to give the first-choice players a rest.

It is telling that from League One through to the Championship, he has never asserted himself as a first choice. It is time to believe in young Ryan Hardie and make him the first-choice sub instead of Clark.

Clark had his chance and just never took it – Hardie deserves his.