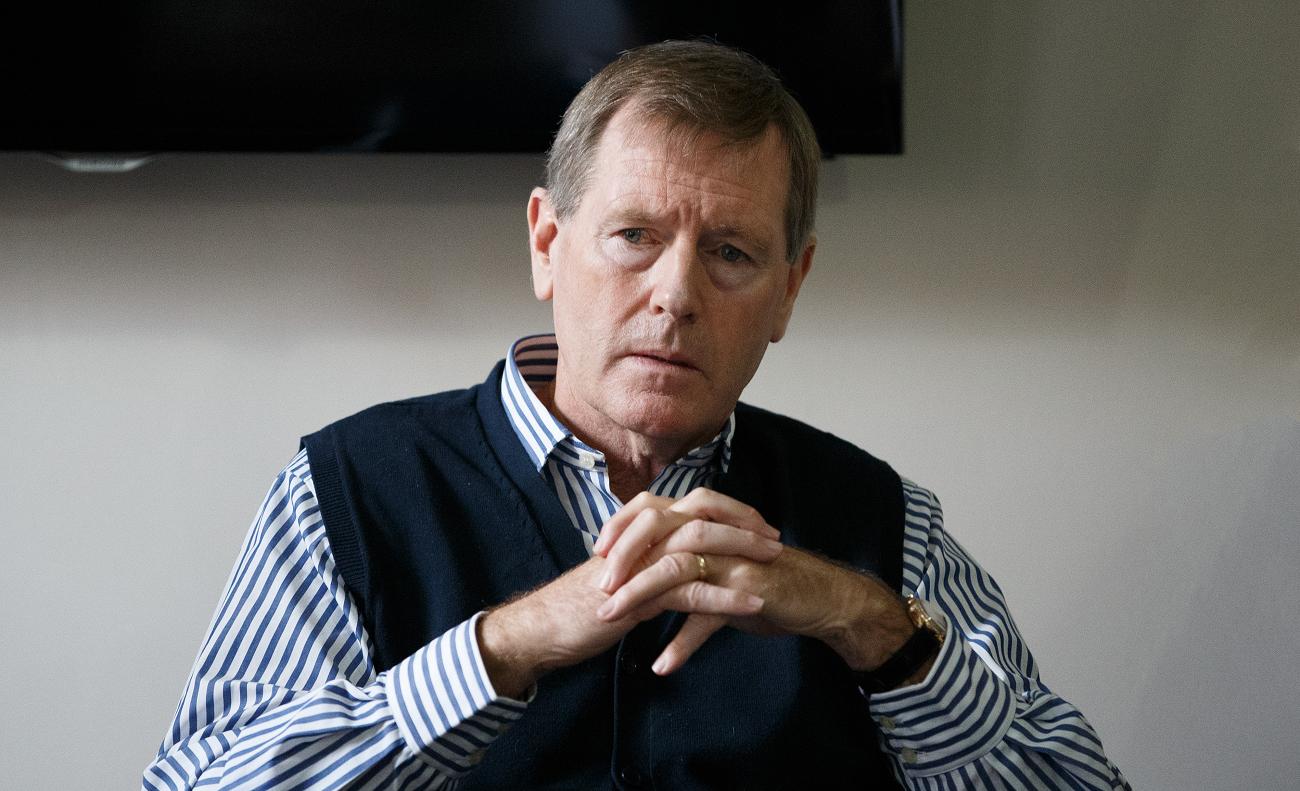 This site has quite deliberately avoided all political discussion ever since the truly feel-good factor returned to Ibrox in the shape of Mark Warburton and his legendary assistant Sir Davie of Weir.

It could be argued March’s deposing of the loathed previous board at the decisive EGM was where it started, but the truly inspirational stuff came on the pitch as Warburton’s squad presented a quality of football rarely before seen from a Rangers side.

Consequently focusing on this has been thoroughly enjoyable; talking about football again.

However, a number of recent political and financial issues have most certainly arisen and it would be folly to completely ignore them – and the one which I will cover here is the notion of Dave King and investment.

Indeed, the board and investment.

King’s critics, and I was once most definitely one, would argue the man has not invested the promised millions. He stated at the post-EGM press conference that £20M would be invested, made up of £10M from himself and he believed the other board members would stump up the rest between them.

Hence the lack of any obvious press release with neon lights flashing over it that Dave King has invested capital has been seized upon by his detractors as proof the man has not a penny and is a liar and swindler.

However, one thing no one actually accounted for was that King did not put any kind of time scale on the promised investment; he did not say that the next day after election he would dip in his pocket and throw £10M at the company.

He just stated the sum he intended to put in.

However, and here is the real problem Dave King and indeed anyone investing in Rangers right now still has; despite the feel-good factor being back, despite season tickets being colossally higher than last year and despite the near-certainty that Rangers will be promoted, financially not much has really changed in terms of revenue generated.

The company posted losses of £7.5M, a reduction of only £600,000 on last year. Rangers remain a complete black hole of investment, something this blog has been preaching for the past three years, and that until natural turnover went up, thanks to increased TV money back in the SPL, potential (massive) monies from European qualification and prize money in the SPL (rewards which dwarf the lower leagues) to name but three, anyone who invests in Rangers at the moment is sadly in the same position they were this time last year – it is money into a bin and there is no return.

Many might argue that King and the others should, as good Rangers men, invest that cash and accept they will not get it back – well, unfortunately, that utopian world is not the real one. Sensible businessmen do not invest in failing businesses – the best they will do is loans to ensure working capital to keep the business afloat.

Honestly? If I had millions of pounds I would not throw it into Rangers right now – I love the Club with all my heart, but beyond a loan, I would see no point in investing to plug holes in the knowledge I was never to see that cash again.

People make a huge deal of the fact King lost £20M first time around, but it is presented as a negative – that the man should not have lost his cash. Yet paradoxically he is expected, along with the others, to invest cash he knows will go down the drain?

This is why he and the rest engage in loans or very minor investment of no more than around £1.5M.

This entry is not meant as a staunch defence of King, nor a staunch criticism of anyone, just a reality that we are not in a world where people are happy to lose millions in businesses which do not profit.

If King had put in his full £10M Rangers would be currently £3M in profit – but he personally would have just lost £7M.

Not even Robert Sarver (remember him) with his outstanding business acumen was willing to do that, hence the incredibly modest takeover offer.

It may be a year or two before Rangers fans finally see big cash going into the Club and tangible results from it.