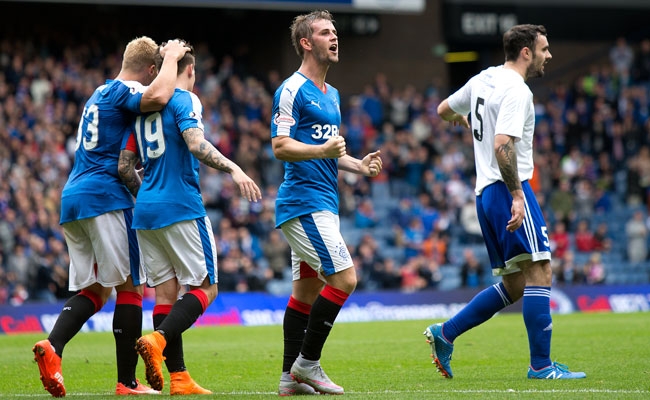 Rangers’ forgotten man David Templeton has been ruled out for around a further six weeks, with the injury sustained against St Mirren on 7th of August worse than previously thought.

The 26-year old winger sustained a knee ligament injury at Ibrox during the 3-1 win over Ian Murray’s men, and had initially been ruled out for around two months, but unfortunately the unpredictable nature of ligament or muscle damage injuries has led to an extended stay on the sidelines for the former Hearts man.

Current estimates for his absence from a source close to the player have him out until ‘around Christmas’ which could mean the likelihood is that he has played his last football for this calendar year.

The attacker, who also erased his Twitter account recently, has failed to truly maintain a level of consistency since his move to Ibrox, but with Rangers currently not in the most emphatic form of Warbs’ reign, he could have been a useful alternative option to deploy.

It appears though that this will not be the case.