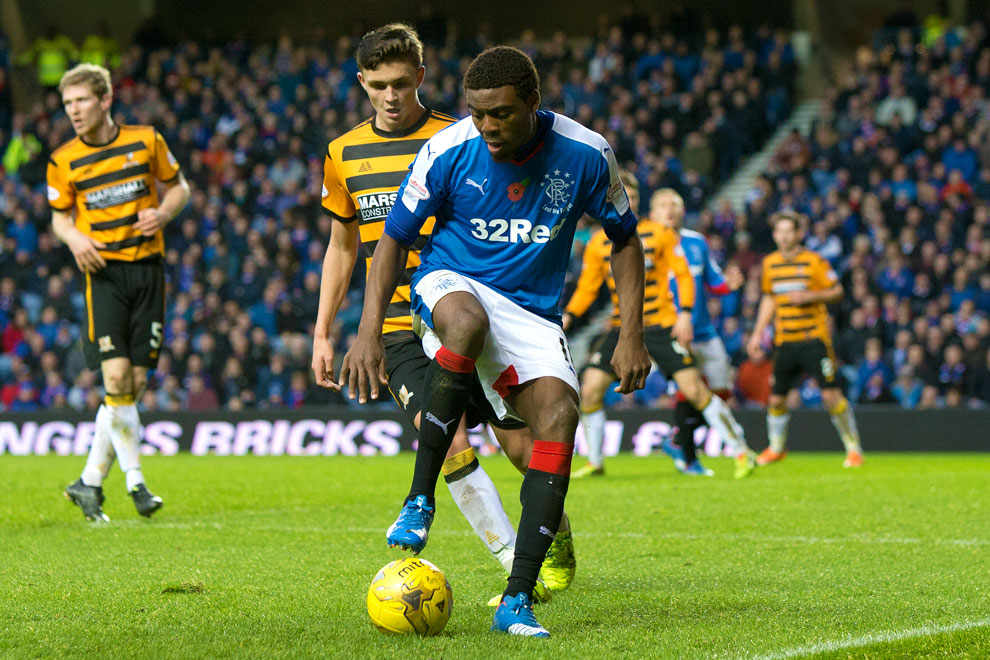 Rangers’ wing trickster Nathan Oduwa has revealed what actually goes on in his mind before attempting another of his mind-boggling repertoire.

During his On The Spot turn for Rangers.co.uk, the young English winger (who may elect to play for Nigeria due to parentage) admitted that his tricks, flicks and all-round skill vary in scenario, and depend on what needs to be done.

Asked if his play was improvised or planned, the 19-year old said:

“Yes and no. The more advanced skills, like the rainbow flicks, the flip flaps, the step overs, then I would say yes I do think about them and I know what I’m doing. But if it’s in the tight areas and there are two or three people on me it is like my feet think quicker than my head in those situations.”

In other words, when it is a lavish trick, he puts a lot of thought into what to try, but when surrounded by opponents he improvises entirely to get out tricky situations.

Oduwa has had a sparkling start to life at Ibrox, and is surely part of a full-strength XI. Whether we will see him beyond next summer, though, is another matter.