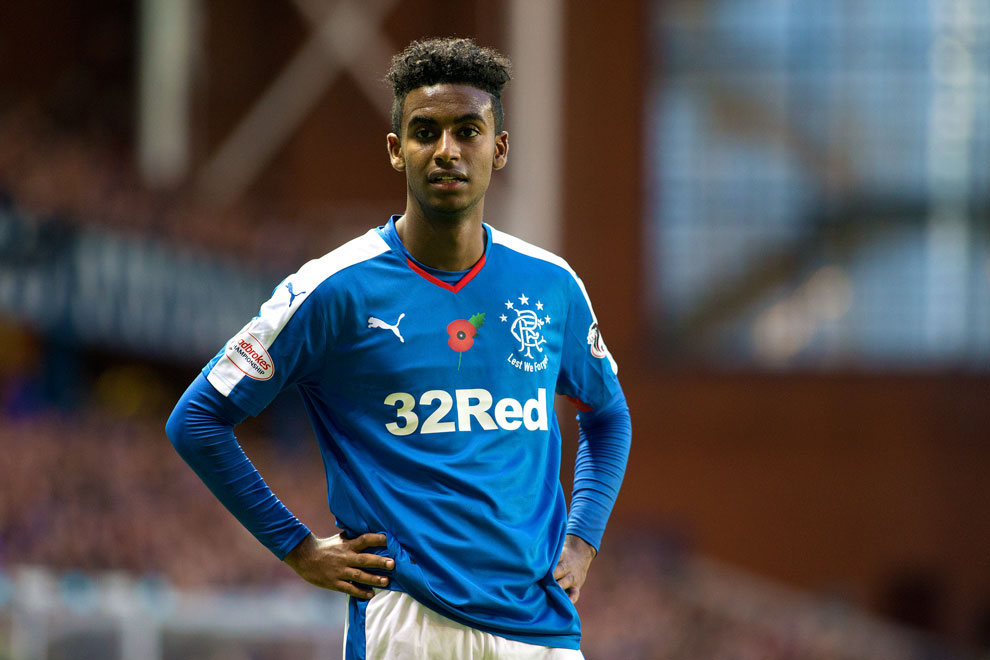 Without a shadow of a doubt, Arsenal’s on-loan playmaker Gedion Zelalem had enjoyed a stellar first quarter of the season at Ibrox. Arsene Wenger clearly trusted Rangers’ manager Mark Warburton to help get the USA youth international some first-team game time under the right tutelage, and the German-born 18 year old certainly showed fans why he had been classed as one of the best 10 youth players in the world.

However, a below-par display at St Mirren Stadium followed by an underwhelming cameo as a substitute at Easter Road saw a barrage of criticism aimed at the youngster from demanding fans, some of whom elected to suggest he was overrated and ‘had not done much’ since his arrival at Ibrox.

And it was certainly true that in those two appearances (which both followed the international break in which he featured heavily for his country) did see him well below his normal refined self.

However, when the Emirates’ youth Academy product showed up yesterday to completely dominate Alloa’s midfield, and return once again to the form which has mostly punctuated his stay in Govan, it was evident to see the overreaction laid bare for the irrational response it had been.

His skill was back, his swagger in place, and his uncanny ability to find space where none exist returned with a vengeance. He played in the so called ‘Iniesta’ role in front of midfield and behind the attack, and danced around the defence time and time again – in short, they could not get close.

It was a neat, composed, and efficient display from the lad who is still learning his trade and using these years to physically bulk up and mature to tolerate the rigours of modern football.

Sure, he did not make an assist, yeah his shooting needs a little work and admittedly one or two passes did not quite hit their mark, but that he was easily awarded MOTM said everything for the class of his display.

‘But it was only Alloa’ – true, but then Rangers have really huffed and puffed against teams bottom of the table at times this season – a struggle in Dumbarton, and a real gritty 1-0 v Livi in the cup show that league position is borderline irrelevant.

You can only play against what is put in front of you – and Zelalem showed why he has every tool to make it in the sport of football.

Arsenal have a real find on their hands, and are lucky to have this young man on their books – a man who speaks with a surprising amount of level-headed maturity for one still in his teens. Rangers are equally lucky that Wenger was happy to lend him out of London and further lucky that the Arsenal boss looks comfortable for his young charge to spend the rest of the season at Ibrox.

Maybe we will be even luckier that Wenger might be willing to sell.