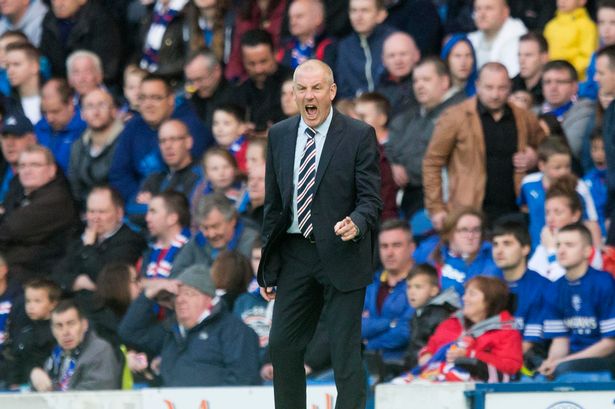 With criticism of Rangers’ tactics in recent weeks being fuelled by some under-par performances and the first draw of the Warburton era at Ibrox, many fans have called into question Rangers’ perceived ‘overplaying’ of the ball and apparent insistence on walking the ball into the net.

The football has indeed been very ‘pretty’ at times, but its effectiveness has most certainly been diluted by saturated defences determined to snuff out the danger and provide a mountain of men for Rangers to try to break down.

Consequently that old Plan A Plan B cliché from Warbs has rather haunted the man, and while fans still trust him and his judgement, a few more questions are being posed of Rangers’ boss than used to be.

The question is, is an alternative tactic viable under him? Can Rangers employ route 1 football if need be to break down stubborn defences when playing through them simply does not work?

The big problem with this method is Rangers’ glaring lack of height outwith the centre-backs. Only Rob Kiernan actually has significant ability in the air, and nothing sums Rangers’ poverty in this area more than a mere solitary headed goal all season due to keeping the ball on the deck most of the time.

That headed goal v Queens from Martyn Waghorn came as a result of trying a bit of a Plan B – of going more route 1 and getting balls into the air into the box.

It worked – but since then that kind of play has been completely absent.

On many levels this philosophy is admirable – Warburton wants pure football, and you have to praise that approach – but sometimes it will not win you a hard game of football and it becomes necessary to resort to more brute force tactics.

Rangers did that day v James Fowler’s men, but have not since.

With that draw at Livi still haunting everyone of a Rangers persuasion, St Mirren come to Ibrox tomorrow smelling a tiny whiff of blood. They provided a tough challenge last time they came over, and we can be sure the same again will be presented.

So, does Warbs’ swallow his pride if need be and go for the ‘ugly’ football should it be required to break St Mirren (or anyone else) down?

Only he knows if he will, but if it is needed, one would hope he will make the right call.