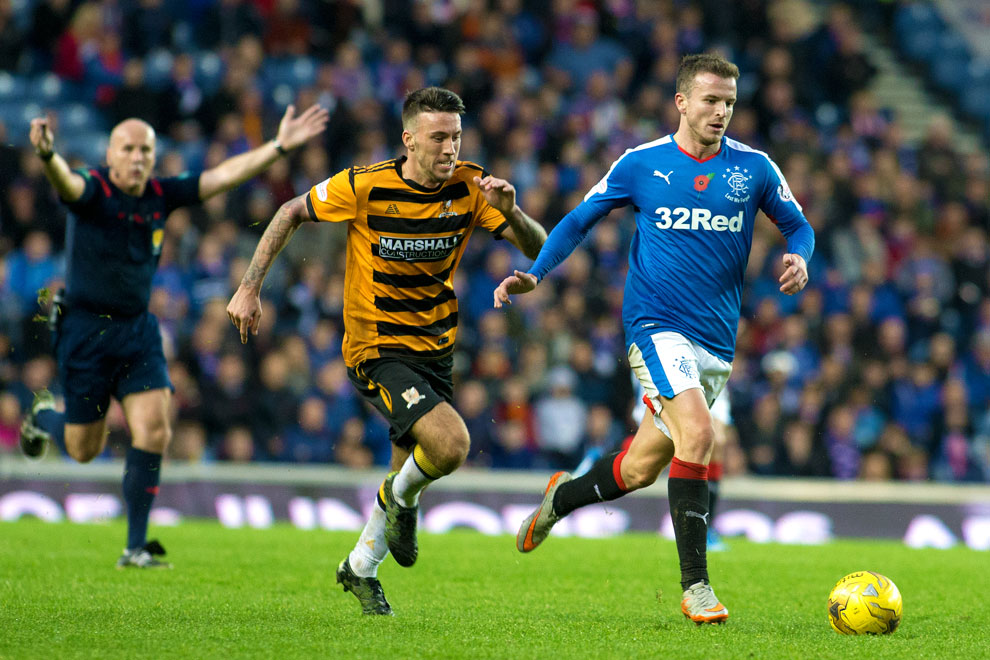 Rangers’ midfield anchor Andy Halliday has deleted his Twitter account, with speculation mounting as to why the former Bradford attacker felt the urge to erase such an important way of connecting with fans.

It was suggested the player erased it following some criticism of his display at Easter Road during the close defeat by Hibernian, a match where few of an Ibrox persuasion really had stellar performances on the day, but Ibroxnoise.co.uk can confirm that is not the case.

A source close to Halliday has confirmed he was subject to a torrent of abuse from Celtic (and other teams) supporters aimed at him online after that match and subsequently he removed his account.

“He was an open target because he’s one of us – it’s a no brainer. Never gave anything out.”

Twitter and social media have always been a vital way for people in the public eye to interact with their fans on an easy and convenient medium, but alas on occasion they can equally attract (unfair) ire from ‘opponents’ and find their time online reduced to misery.

Hopefully Halliday will return and feel welcomed by the supporters who idolise him as ‘one of their own’ and will ignore those who do not matter.