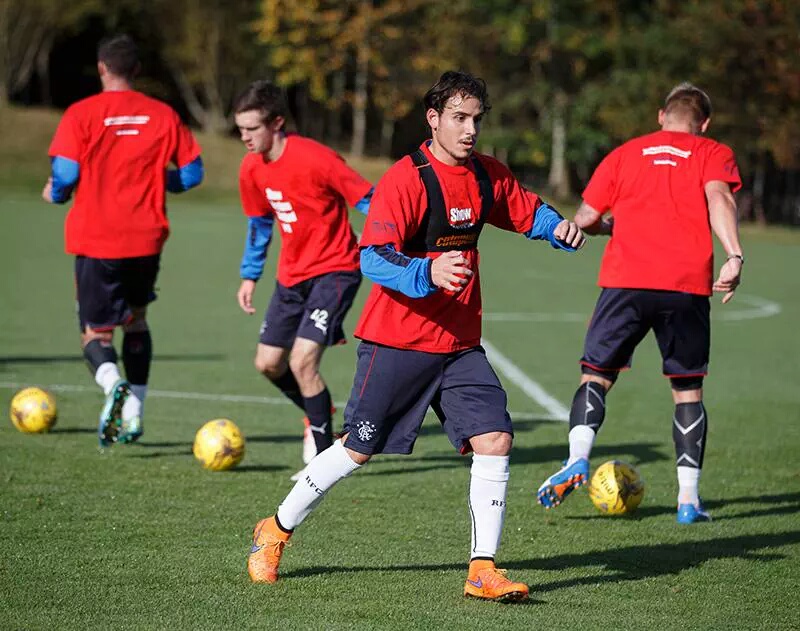 Rangers have today revealed ex-Barcelona midfielder Gai Assulin is training at Murray Park as we speak.

The 24 year old, once-heralded as ‘the next big thing’ out of the Camp Nou, did not quite hit those heights, like many around him, with spells at Man City, Racing Santander and his current team Real Mallorca.

The Israeli player, with a cap for his country in 2008 v Chile, was snapped by Rangers’ photographer at training this morning and if he impresses enough presumably Mark Warburton, using his contacts once again, would be looking at him to add creative depth in attack, presumably on a loan basis.

Assulin was once worth 20M Euros with his escape clause at the Catalan giants set at that, but with 2008/2009 completely disrupted by injury his attempts at success in Spain with Guardiola’s men were entirely disrupted.

We will see if Gai ends up at Ibrox in any capacity in the near future.