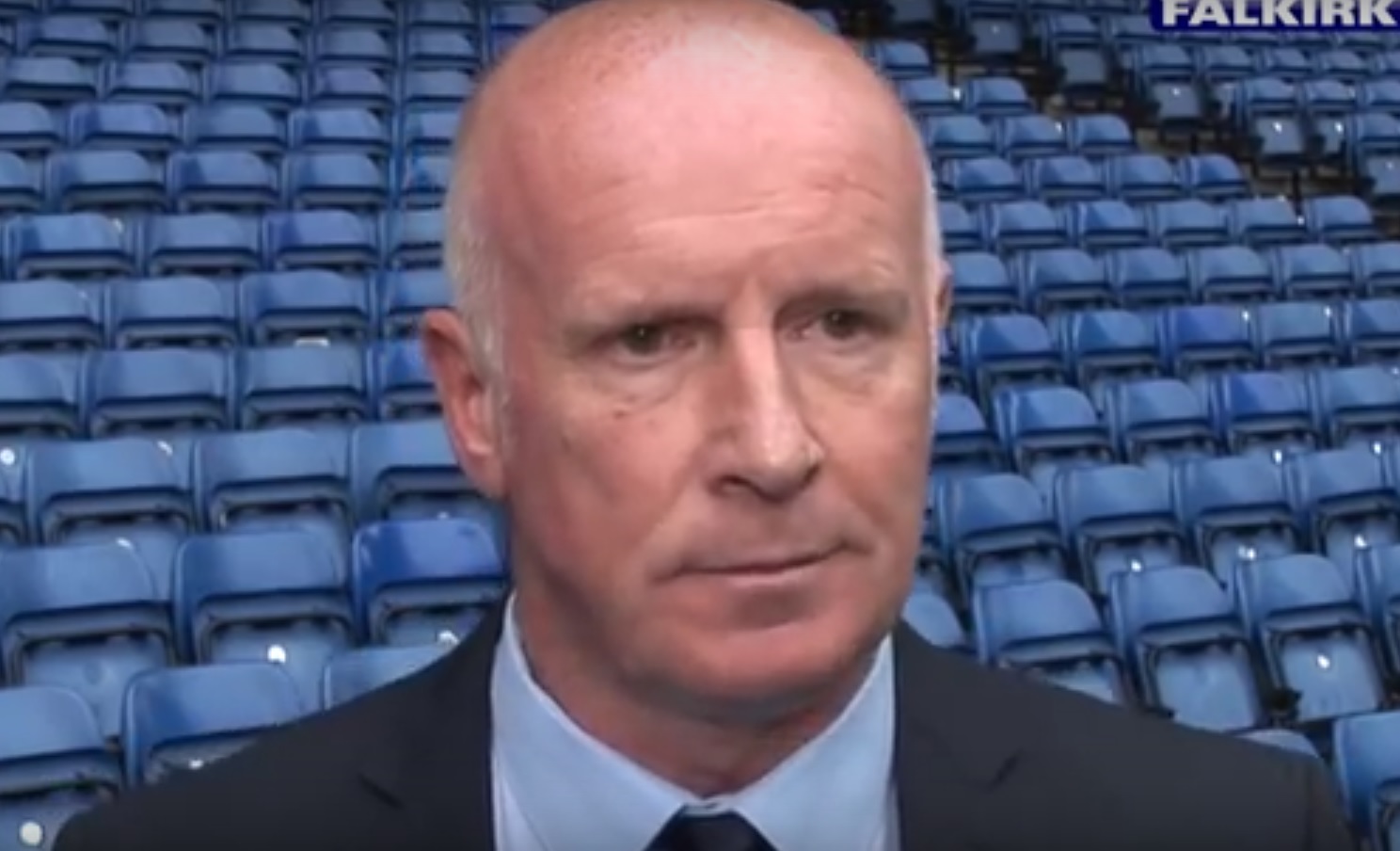 Following his side’s close-fought loss at Ibrox on Saturday, Falkirk manager Peter Houston has dismissed his team as ‘diddies’ during a hate-filled rant on his club’s official TV channel.

Shortly after Rangers took all three points in Govan, Houston angrily marched onto the pitch-side to be interviewed by ‘Lewis’, who appeared quite aching to ask Mr Houston extremely leading questions.

“You mentioned you’d been cited to the association”, offered Lewis, who went on:

“…for punishment for speaking to the referee after the game. By that same logic have you heard of anything against the Rangers’ officials?”

Houston shook his head mildly disgusted in a slight pantomime and bit on the bait with all gnashers worryingly exposed:

“It’s Ibrox we’re in, Lewis, nothing happens like that here. It’s the opposition, the wee diddy team that gets pulled up for things like that.”

Yes, because as we know Scottish football has been so uttely biased in favour of Rangers these past few years that frankly the Masonic lodge at Hampden Park is filled with orange pens. But nice to know what you really think of your team, fans and players, Mr Houston.