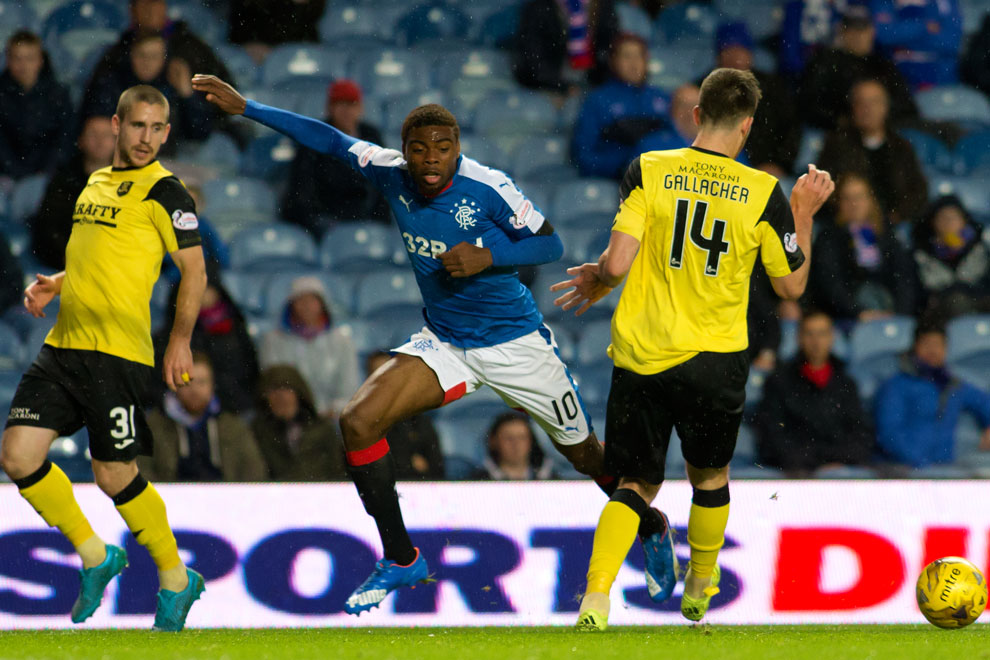 On the 15th of August Alloa’s Colin Hamilton made a statement following his side’s loss at Recreation Park to Rangers, a statement which has been paraphrased beyond mockery and highlighted the backwards and depressing nature that is Scottish football nowadays. It was in rebuttal to Rangers’ winger Nathan Oduwa’s outrageously brilliant rainbow flick in the dying minutes of the match which humiliated the Alloa defender.

“He’s come up here and he’s trying to show off, trying to make a name for himself. What can you do? I didn’t even get the chance to speak to him after the game as he just walked off. “However, I’m sure if he tries that against other centre backs and left backs in the league they won’t let him away with it the same way. I felt as if he was trying to take the p***. What was there, a minute to go? Was there really any need for it? I can’t tell any player how to play, it’s his decision. There were so many Rangers fans behind that goal and he was trying to make a name with them by trying a wee trick when his side were 5-1 up.”

Admittedly Hamilton did not explicitly use the word ‘disrespect’ but the headlines did, and they were not inaccurate within the context.

Two weeks later, Bayern’s Douglas Costa did the following at the highest level:

Yes, another rainbow flick, this time in the Bundesliga v Leverkusen. Bayern were cruising 3-0 at the time. Exactly the same circumstances as Rangers’ stroll in Alloa. But rather than being accosted and brutalised in the press for it, Costa was widely praised for his imagination and flair.

Last night Oduwa was quite simply the victim of assault. In the opening 30 seconds, Livingston’s Kieron Gibbons could have easily ended his career with a disgusting lunging ‘tackle’ which bent Oduwa’s ankle. It won a foul. Nothing else – not a card, and certainly not a red. Despite Andrew Dallas’ perfect view of it.

Don’t care if it’s only 30 seconds in, that’s a potential ankle-breaker on Oduwa & red card. pic.twitter.com/B7JuFWlQ9D

The young English winger found this to be the recurring theme and when Livie’s Portuguese enforcer da Encarnação Pires Faria forearm smashed his Adam’s apple, it did appear though the visitors were intent on landing Oduwa in hospital.

Time to take @nathanoduwa off before he lands in hospital. This isn’t football, it’s assault. pic.twitter.com/zJiOh0XWFt

That referee Dallas (a pathetic and weak version of his father) chose not to brandish yellow cards till late on, and refused to be strong enough to send off the barbarians highlighted the dungeons that are Scottish football and the embarrassing nature of our domestic game.

Manager Mark Warburton looked clearly incensed without completely losing the plot – and rightly subbed Oduwa off at half time to preserve the length of his career.

Frustrate Rangers – I get that. Be physical – also acceptable. But for Livingston boss Mark Burchill to outright instruct his players to essentially be assailants and not athletes is beyond comprehension.

That Oduwa can still play football after the treatment he received is a miracle in itself – he was far from the only victim – the bright Barrie McKay (Man of the Match) also suffered some brutal attacks, but it was Oduwa’s slaughtering which was the most depressing.

Scottish football has become an absolute cesspit, a depressing pit of hate – never summed up more than by how Rangers players were treated last night. It is almost en-vogue.

Maybe German football should start disrespecting each other too?