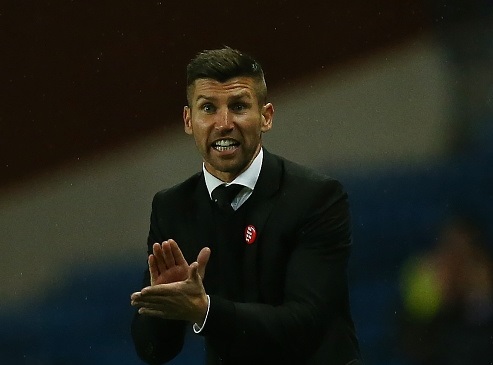 Livingston boss Mark Burchill has added further fuel to the Oduwa fire by failing to condemn any of his players.

As has been well publicised and documented, Livingston’s display at Ibrox v Rangers in the Petrofac Cup quarter final last night resembled UFC more than SPFL, with some utterly unacceptable challenges being meted out on Rangers’ flair players, with Barrie McKay and especially Nathan Oduwa explicitly targeted.

But former Celtic player Burchill has rejected any notion his players were out of line, and has strongly implied his approval at their conduct.

After the match, questioned on his side’s robust approach at Ibrox, the former Parkhead striker said:

“It’s a cup tie, two teams are trying to win and the referee is in charge – he’s the boss. Were any of my players sent off? I’m happy with that, then.”

In short, as long as his players get away with it, he is more than consenting to outright thuggery.

This kind of mentality sums up one of the many ills of the Scottish game and further compounds the sadness of such an attitude.