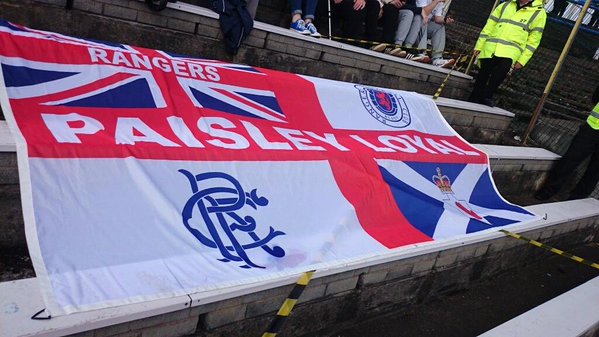 Rangers fan groups intend to stage a protest at the next home match after a Union Flag was confiscated during yesterday’s win at St Mirren.

“A fire hazard without a safety certificate.”

Supporters, incensed at the apparent censorship engaged by the local constabulary, intend to have a glut of Union Flags at Ibrox in defiance against what can only be deemed as a denial of freedom of speech. 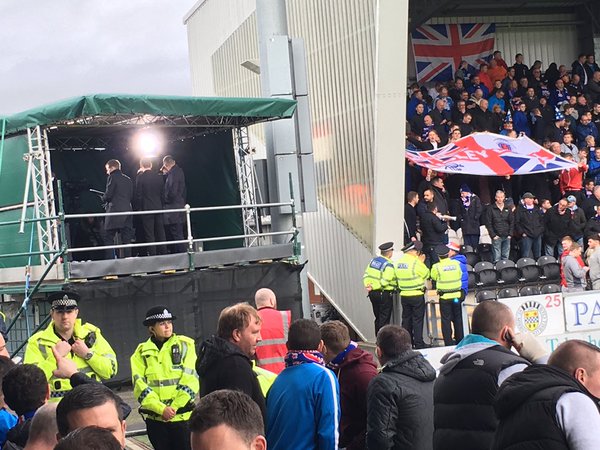 Other supporters state that the same flag, pictured above, has been used at other grounds, including Cappielow, without any issue at all, and as such the protest is being arranged for the 7th of November and the visit of Alloa.

All Bears interested in getting involved can get in touch with Sons of Struth who hope to garner enough bodies to make this protest happen.