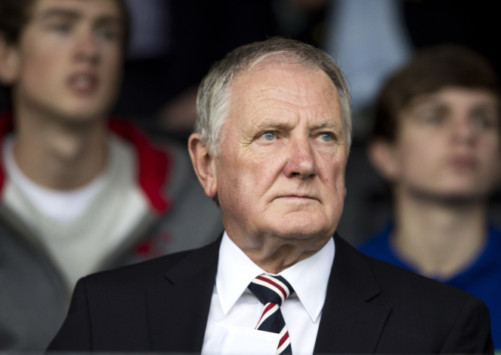 Ex-Rangers non-executive director Ian Hart has sought to clear his name after media speculation claimed he was part of a faction within the Rangers board under Charles Green.

The claim made was that Walter Smith and Malcolm Murray, to name but two, comprised one half of the split, while Green, Hart and Finance Director Brian Stockbridge were among those conspiring together on the other side.

Speaking exclusively to Ibroxnoise.co.uk, a source close to Mr Hart, on behalf of the businessman, stated categorically that these allegations are false and that he was part of no ‘faction’ within the boardroom.

“The claims that Mr Hart and Mr Smith were in separate camps is untrue. They were on the same side, and they were all (entire board) of one mind with relation to Malcolm Murray and his exit from the position of chairman. It was Mr Hart who actually encouraged Walter to take up the chairman position in the first place and both worked together to try to keep the peace between Murray and the rest.”

As has been well-documented, some media outlets have dredged up old news relating to Imran Ahmad and Green, but the claims that Ian Hart took part in any illicit activity relating to anything Green et al are accused of have been strongly denied by his camp.

The source went on:

“Murray was eventually invited to leave and had been a cause of numerous leaks to the press, not to mention very public battles with alcoholism, but Mr Hart was in no way part of some split involving Murray and others and himself.”

Thankfully these stories are getting less and less frequent while we concentrate on actual football.