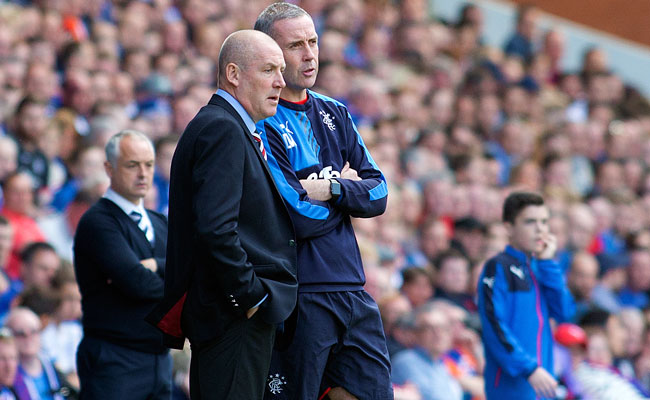 Rangers manager Mark Warburton has praised the off-ball work in yesterday’s win over Raith Rovers at Ibrox as much as he has the on-ball play.

The manager, who today celebrates his 53rd birthday (happy birthday fella!), was absolutely delighted with the work ethic off the ball and the desire to get possession back when it was lost.

As stellar as the football was when Rangers had the ball (and it was sparkling) the off-ball pressing was superb too, especially epitomised when marauding right back James Tavernier found himself on the left flank pressing high, or when defensive anchor Andy Halliday traipsed 20 yards off his spot to intercept a Raith Rovers play.

It is good to see this work, which is clearly being impressed on the players in training paying off in the matches and evidently the manager is delighted with it too.