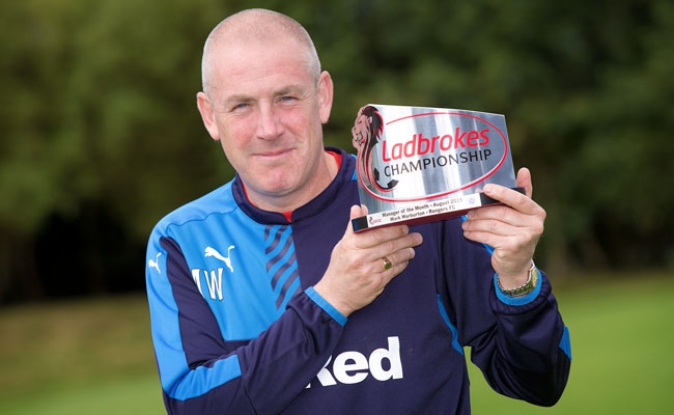 Championship Manager of the Month Mark Warburton has strongly hinted that awareness of Rangers’ current injury situation may encourage him to dabble in January’s transfer market.

As brought to you here, Rangers presently have a few players out through various bangs and bruises, and while it is not a huge concern at the moment, come a few months down the line, it may well be, and the manager is only too well aware of that.

“You have to look ahead at all the various options and what might happen, the “what if” scenario, which is always very much in our thoughts and making sure we have options.”

The obvious interpretation of ‘what if’ would be losing further players to injury or suspension, especially key personnel like August’s Championship Player of the Month James Tavernier, or vital midfield players like Andy Halliday.

Warburton does profess the importance of the squad, of the team at Ibrox, and that it is critical to have as good on the bench as those who start, but nevertheless he has also spoken about being wary of using players from the Academy in a ‘numbers’ scenario rather than because they are good enough.