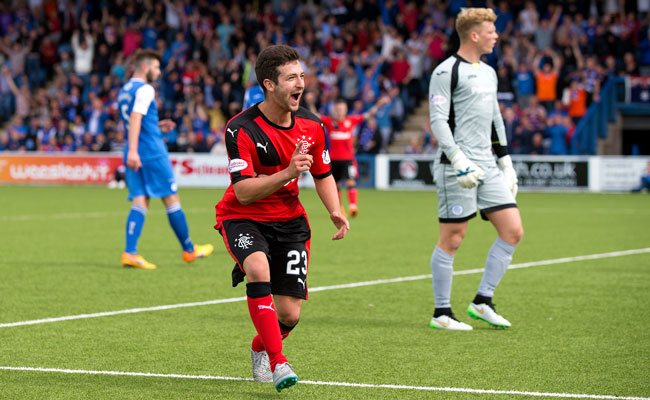 Even in Rangers’ recent times of financial frugality, the notion of paying sub-£100,000 for a player has been rather alien.

So when one looks at one of the best signings made in the transfer window, Jason Holt, and reflects on the fact his signing was barely heralded on any level while costing a measly £65,000 ‘development fee’, one has to concede this former Hearts player has been an absolute steal and an absolute revelation, albeit a quiet one.

Holt does not grab the headlines. He is not a flashy shiny player like an Oduwa or Zelalem (no disrespect to either of them, we all love them both) – instead, he is the quiet, hard-working link man who connects midfield to attack and never wastes the ball.

Overlooking the fact he contributes goals to the cause is his off-ball movement and on-ball productivity. Yesterday he nailed a goal from a fine Zelalem assist, but if we look back to the Hibernian match at Ibrox, he found himself in a tussle with Lewis Stevenson (at left back) and not only outmuscled the Hibs defender, but dribbled the ball beautifully along the sideline and nearly set up a goal.

Holt, aged only 22, has been an absolute bargain, and a truly vital cog to the Warburton machine.

The one attribute he has more than any other is dogged persistence. As the above example mentioned, he is the type to fight in a scrap and keep going till he wins. Add his composed link play, goals, support of both attack and defence (he is more than willing to help out at the back) and it is easy to see why he is one of the first names on Warburton’s team sheets.

The fact he can also coast with the ball, retain it, and support everyone else only compliments his positive contribution otherwise.

Yesterday Kyle Hutton came on for Queen of the South and his first contribution was to smash Oduwa from behind.

We now have the likes of Jason Holt.

What a difference a manager makes.