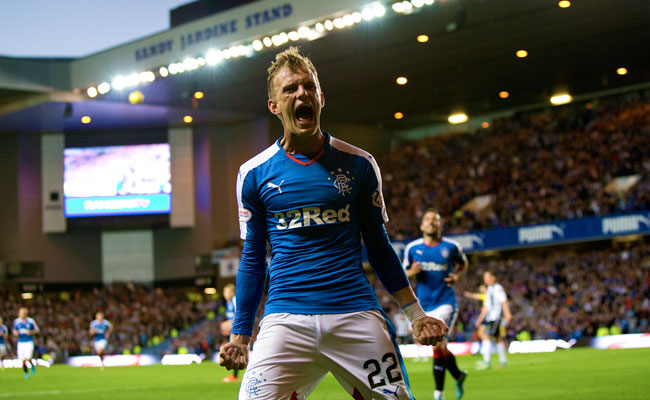 Rangers’ midfielder Dean Shiels believes mistakes were made against St Johnstone but has completely dismissed any idea of altering the team’s gameplan in future.

Speaking ahead of the trip to Cappielow, the Ibrox midfield link-man was steadfast in his assurances that Rangers will not change their style for anyone.

“We’ve reacted positively (to the defeat), we’ve done a bit of video and some work out on the grass so we’re looking forward to the game on Sunday.”

So no moping then. On the topic of the overall reaction the engine room man had this to add:

In all truth Rangers did not play poorly, but lacked cutting edge up front and, as mentioned, defensive lapses, caused by a slightly higher line than was wise, cause the goals to be conceded.

Fans want to see a response tomorrow, and Shiels’ testimony suggests Rangers will continue to do what they do, their way.