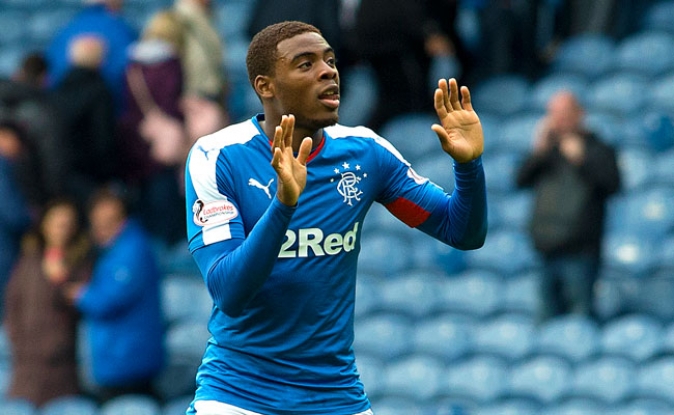 Nathan Oduwa has revelled in confirming what Ibroxnoise.co.uk exclusively broke to you a few days ago in gushing that Rangers are the most in-form side in Europe.

The on-loan Tottenham star, who has been nothing short of a revelation since donning the Light Blue jersey, has played with a smile on his face non-stop, while ‘disrespecting’ opponents repeatedly, and said:

“It’s been a great start – I think we’re the most in-form team in Europe.”

We most certainly are Nathan, we most certainly are, no small thanks to you. His single-handed demolition and humiliation of Raith Rovers last Saturday week thrust him into the spotlight, and while the follow up v Livie was not as impressive (and that goes for the rest of the team too), Oduwa has shown signs he is capable of becoming quite a player.

He does admit that he owes a great deal of his fortune to his captain though, confessing that Lee Wallace has done a great deal to help him settle into life at Ibrox.

“Lee’s helped me settle in really well. From the first day I got here he took me under his wing and just showed me around the place and made me feel welcome. He’s a fantastic leader and he’s a great guy to talk to off the field.”

And overall admits that being a Rangers player right now is generally terrific:

“I love it here, every day I just come in with a smile on my face and the football we play is great. The fans are amazing and you can see with the results we are getting that we are just enjoying our football. Everyone is smiling around the place so it’s just a fantastic time to be a Rangers player.”

With reports La Liga sides are interested, it seems unlikely even an SPL Rangers can hold onto Oduwa, but whether he leaves next summer or not, Rangers fans will certainly enjoy him while he is here.