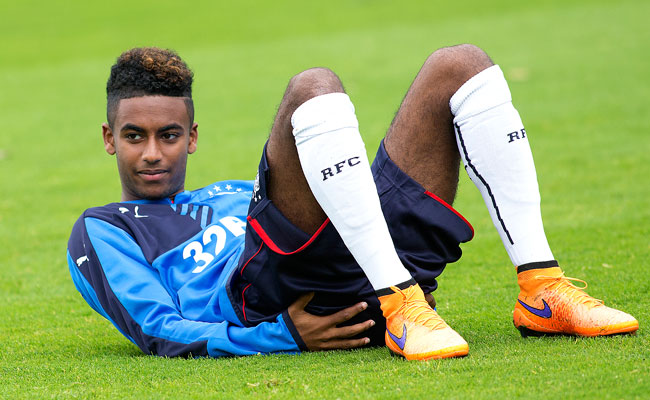 Mark Warburton has confirmed again that new loan signing from Arsenal Gedion Zelalem will be going straight into the first team reckoning.

The 18-year old, allowed north for six months by Emirates’ manager Arsene Wenger, is unlike other youth signings in that he has not been acquired for squad depth or for the Academy, but is perceived as more than good enough to be a first-team selection from the off.

“He’ll impact (on the first team), but there’s no guarantee that there’s a guaranteed place, it doesn’t work that way. Everyone’s got to earn their shirt.”

The question would be who he would replace, assuming he does indeed ‘earn his shirt’, and the manager hinted at this when describing his position:

“He’s an attacking midfield player and that’s the beauty of Nathan (Oduwa), of Barrie McKay, of Kenny Miller and these types of players and Nicky (Law) and Jason (holt), they all have the ability in terms of positioning.”

With McKay’s brilliant start to the season, he seems unlikely to lose his place, as does Jason Holt who has excelled since coming to Ibrox. Law would appear the most vulnerable of this selection.

Either way, Rangers just got stronger.