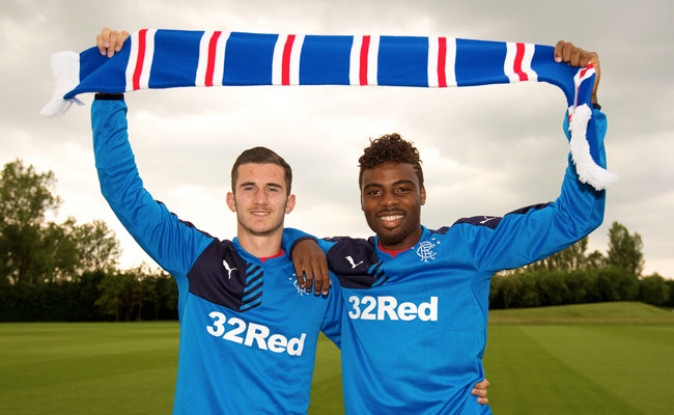 Earlier this week Rangers finally
confirmed the loan signing of Tottenham Hotspur youngster Nathan Oduwa, a
19-year old forward best suited as a winger.
He has been a regular scorer in
the Spurs’ reserves, even if he is as yet to score at senior competitive level,
but Mauricio Pochettino clearly views the lad with enough promise that he has
allowed him to come north to Ibrox and join Mark Warburton’s Rangers Revolution
to gain experience at a serious competitive level.
But what do Rangers have in this
relatively unknown quantity?
Hopefully the videos will provide
a clue; Oduwa is a powerful, tall, quick, skilful and creative driver with an
eye for goal and no lack of zest.
The boy can beat a man with consummate
ease, and in truth Warbs has pulled off another brilliant coup in getting him
north. He did score an unofficial senior goal pre-season when Spurs beat Stevenage 2-0, so anyone who believes this player will be
squad material may require to think again.
He appears to be a direct
replacement for David Templeton and may well debut v Alloa on the left of that
attacking three.
Take a look for yourselves.
True, Youtube videos could make Richard Foster look like Ronaldo, but if these are anything to go by, Warburton has made a superb signing here.