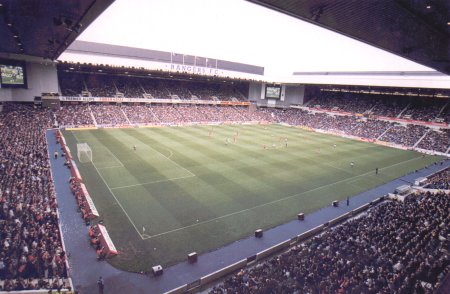 Rangers have confirmed today that
the number of season tickets sold has continued to rise, hitting the 33,000
mark.
It is a far cry from the days
only 14 months ago when the idea of purchasing a season ticket was shrouded in
controversy, and the notion of boycotts, protests and shareholders were almost
all that fans seemed able to focus on.
Changed days indeed, and the
latest numbers prove that support has completely galvanised and quite simply
returned to Ibrox.
Beyond the politics, previous
management regimes also turned fans off, and the idea of going to Ibrox to
watch the worst football in the Club’s history was not appealing to many.
Nowadays the remarkable Mark
Warburton and his superb management and coaching staff have completely
overhauled Rangers from the bottom up, and the quality of football alone has
been enough to attract fans in their thousands back to the Club.
Captain Lee Wallace (feels so
good to say that) had this to say on the numbers:
“To reach 33,000 season tickets after the
problems supporters have had to endure in recent years is incredible and I
can’t thank them enough for their backing.”
And it is only going to get
better.