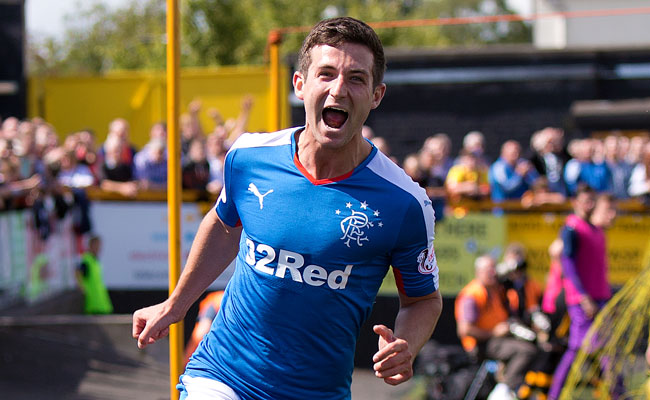 Only days after ex-long term
Rangers target Scott Allan swore his allegiances to the wrong team, one can
only wonder if ‘boyhood Rangers fan’ Allan looked on at the Indodrill Stadium
on Sunday with more than a hint of ‘what might have been’.
The truth is Rangers are not just
flying, they have plain left Planet Earth and are in outer space now. Ok slight exaggeration but you get my point. The
performance in Clackmannanshire yesterday was the best illustration of the
absolutely staggering progress Mark Warburton has made in just two months.
Many Rangers fans urged caution; ‘do
not expect an overnight fix’ they said. And while it would be ghastly folly to
say that Rangers are back at the level they were pre-admin in terms of the
standard of the squad, it is not unreasonable to suppose that ‘overnight fix’
expectation was quite fair after all.
Compared with where Rangers were
only three or four months ago, the difference is bewildering. Incredible.
Frankly astonishing.
Teams who were really pushing the
Ibrox men before, the lowly Alloas and slightly loftier St Mirrens and Hibs of
this world are being completely swept aside as Rangers’ rampage continues.
The biggest message this
blistering start to the season has to offer is what this site said only a week
or so ago; no one player is needed.
This team is about the squad, not
individuals, and while Messi or Ronaldo would enhance any team, Warburton has
built a full unit, a machine, unreliant on any one cog.
Take out any one player in the
first team and there is another in the wings capable of doing an equal job.
Mainly because this group of players will run through brick walls for their new
manager.
Can you remember the last time a
Rangers squad looked this motivated? Not to disrespect the Great Uncle Walter
but even he would be impressed at
the level Warburton has got his team to fight for him.
And to play. Oh, how they can
play. Some of the link-ups, wingplay, backheels and individual skill moments
are just sumptuous. You detractors can say ‘it is Alloa, not Atletico’ – problem
with that is you cannot discredit a win against them with this kind of style if
you equally attack a poor display and result against them too.
Teams like Alloa have been bogey
outfits for Rangers, but to go to Recreation
Park, with its absolutely
abysmal artificial surface and simply demolish a team who normally cause
serious problems is significant. Very significant.
And it proves this Rangers team
under Mark Warburton is the real deal. Naturally the season has a long way to
go, but after two matches Rangers have a goal difference lead of 3 at the top
of the table, a position we were never in even once last season.
Let us keep it up. And let
players who do not want to play for Rangers warm benches or reserve pitches at
other clubs.