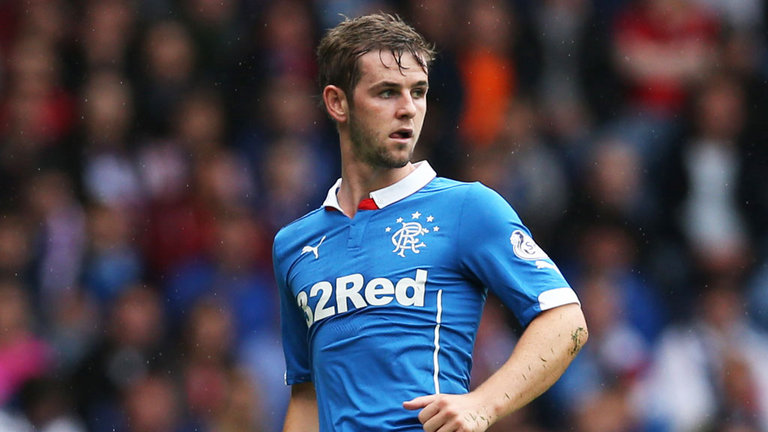 Rangers’ winger David Templeton
has been ruled out for at least four weeks (and up to eight) with ligament
damage.
The injury, sustained v St Mirren
on the 7th of this month, rules the 26 year old forward out for the
crucial upcoming clashes against Queen of the South and Hibernian, and makes
him a major doubt for next month’s matches v Morton and high-flying Dumbarton,
depending on recovery timescale.
Templeton has struggled to impose
himself at Ibrox since arriving in 2012 from Tynecastle, and it had been hoped
the arrival of Mark Warburton would rejuvenate the attacker, but this setback
makes that even harder and forces the notion that by the time he is fit, he may
find it especially difficult to even earn himself a place on the bench such is
the wonderful start Rangers have made under the new manager.
It is probably safe to say
Rangers have the depth to cover his absence, and if Nathan Oduwa’s introduction
to life at Ibrox is anything to go by, Warburton has more than a few options
for that area of the pitch.