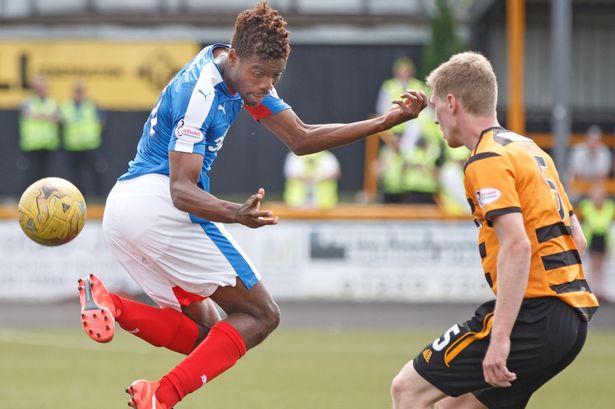 Four matches. Four wins. 78
shots. 37 on target. Lowest possession 53% (v Hibs). Highest possession 71% (V
Alloa). Only three goals conceded. Arguably the best football Rangers have
played for decades. And average of over four goals a match. A resurgent Rangers
looking fantastic and decimating all opponents – that trend continuing
yesterday afternoon with a rout of former bogey team Alloa.
This morning’s headlines:
“Nathan Oduwa slammed for showboating”.
My last entry castigated Scottish
football for its petty minded vindictiveness over that Allan fellow, and
naturally every non-Rangers fans mocked the entry. My piece claimed that
Scottish football was just obsessed with hating Rangers, and naturally everyone
not of a bluenose persuasion ridiculed the idea.
Then this today.
Instead of trying to focus on the
current brilliance of what the Mark Warburton regime is achieving at Ibrox, on all the
goals, sweeping football, astounding number of shots, domination of possession,
sneaky one-twos, smart link-up play, individual wingplay brilliance,
high-pressing, defensive solidity, goalkeeping composure, teamwork, unity of
ideas, passing accuracy, resilience, work ethic, vastly improved attitude, or
anything else…
The Scottish media seeks Colin
Hamilton out from the losing side and gets an angry quote from him about some
astounding skill against him from Spurs’ loanee Nathan Oduwa:
“He’s come up here and he’s trying to show
off, trying to make a name for himself. What can you do? I didn’t even get the
chance to speak to him after the game as he just walked off.”
Footballer in ‘using skill’
shocker! Actually no, if it was anyone else it would not have made a ripple –
instead it would probably have been applauded.
But once again Rangers find
themselves attacked in the press because Scottish football and the Scottish
media cannot accept things are actually going very well at Ibrox. Well, they
can, they just refuse to acknowledge it.
Hamilton even managed to indirectly threaten
Oduwa:
“However, I’m sure if he tries that against
other centre backs and left backs in the league they won’t let him away with it
the same way.”
Trying to encourage other
defenders to actively injured Oduwa if he dares to express himself.
I am not even going to try to
defend Oduwa – it is not necessary – and would dignify this nonsense.
It is simply, again, the press
using Rangers to get hits and sales. And Scottish football lapping it up
because it is about those BIG BAD RANJURS.
Sorry chaps, the stats and
performances speak for themselves. Try to castigate and undermine Rangers all
you want, but we are on our way back and no amount of ridicule or heads in the
sand about that will change it.