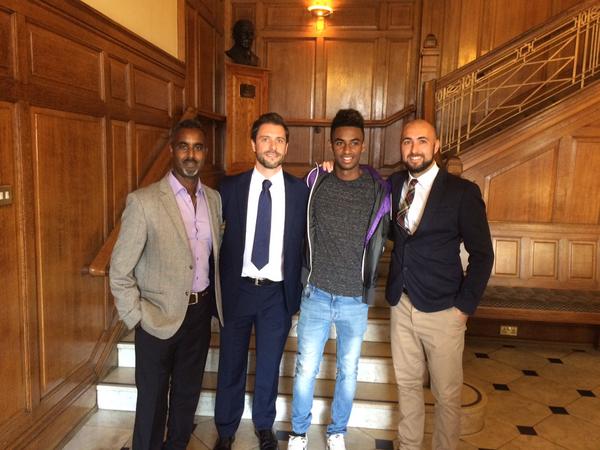 Rangers manager Mark Warburton has tonight confirmed the signing of 18-year old Arsenal midfielder Gedion Zelalem. Following his side’s hard-fought 1-0 victory over Hibernian at Ibrox, Rangers’ boss conceded at long last what the world knew a number of days ago, that the deep-lying playmaker has agreed a season-long loan.

“I’m delighted to get Gideon. It’s down to the people at Arsenal and a lot of hard work by the people here, too. He is a very talented player. He’ll have to work hard and earn his pitch time, which I’m sure he’ll do.”

Warburton previously stated he saw Zelalem as a future first team regular, such as the esteem the young creative player is held on, but did also concede that the loan is for an initial 6 months with a view to extending it if all goes well.

“He’s here until January with a view to extending if all goes well. That’s about us making sure he’s right for us and him making sure we’re right for him.”

This really is a stunning signing for Rangers, and while the midfield has been impressive thus far this season, the one player it has lacked is the visionary and clever ‘regista’ (as they say in Italy) – the deep-lying dictator who can put their foot on the ball and pick out a pass.

That is Gedion Zelalem in a nutshell.