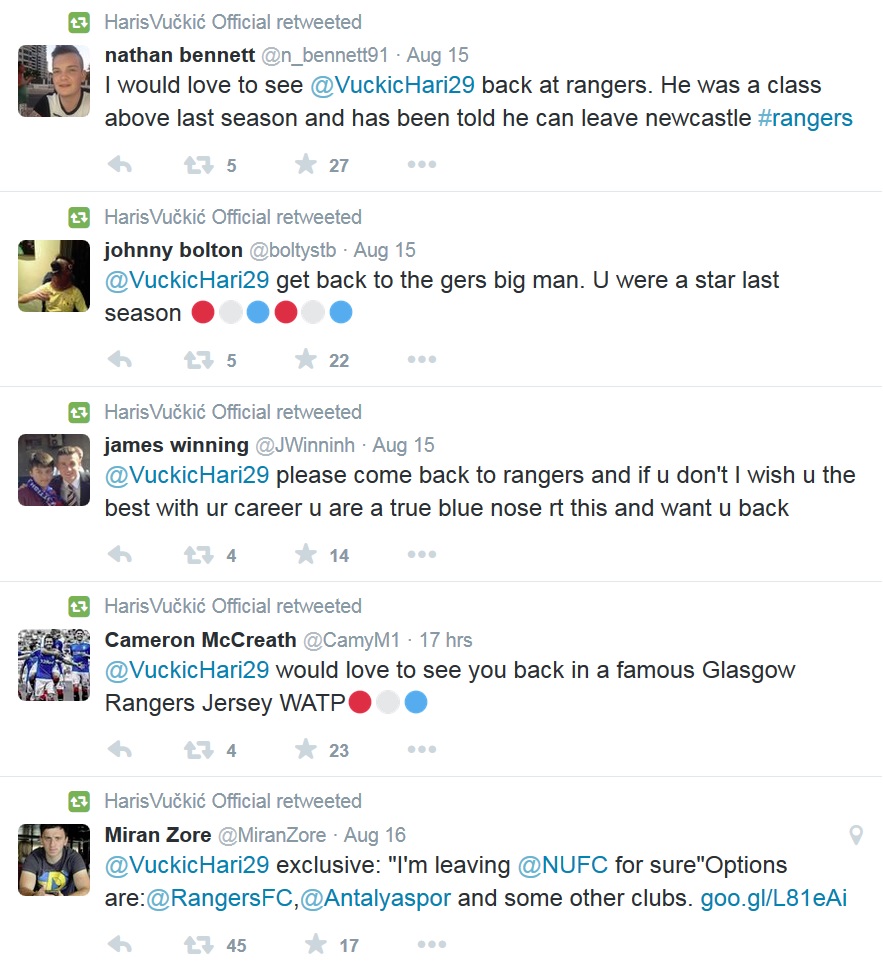 As revealed on this site last
week, Haris Vuckic has been placed on Newcastle’s
transfer list, after being told by boss Steve McClaren he was no longer
required. Vuckic, who had a stellar spell at Ibrox last season, has never
hidden his affection for his time in Govan, and has now indirectly appealed to
Mark Warburton to snap him up by making it clear he is still interested in
making the trip north.
The forward took to social media
to engage with Rangers fans and retweet comments on his feed appealing for his
presence back in a Rangers shirt.
In other words, he endorses the
fan-led notion that Rangers supporters would love him back at the Club, and why
not? Rangers are in a magnificent place right now, flying high, and after how
successful he was during the first spell, he might feel better placed to do
even better this time.
He also confirmed, via a comment
from Miran Zore, a Slovenian journalist, that Rangers ‘are an option’.
Time will tell if Warburton has
any interest in the Slovenian international.