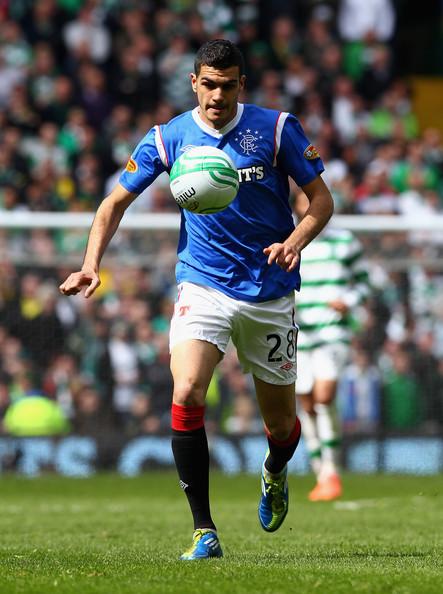 Ex-Rangers’ winger Salim Kerkar,
who has become something of a cult hero since his departure from Ibrox, has
dropped yet another hint that he sees himself returning one day.
The French Algerian forward had a
fleeting time of it at Ibrox, managing 18 appearances, but got himself a decent
move to English Championship outfit Charlton Athletic (who also supplied
Rangers with another French Algerian international in the shape of Madjid
Bougherra) before becoming a free agent for well over half a year.
And he has admitted on many
occasions he would like to return to Rangers, confessing his love on his
Twitter account with his bio describing him as:
“Ex Glasgow Rangers layer and fan”
However tonight’s comment went even
further:
“If you have the chance To visit scotland, go To
#ibrox. This Will made your holiday. #rfc”
While not as explicit a
confession of his desire to don the light blue again as he has provided before,
nevertheless he has shown more than once that if he had the chance to return to
Rangers, he would take it.
Unfortunately for him, it is
extremely unlikely Mark Warburton would take him up on his offer.