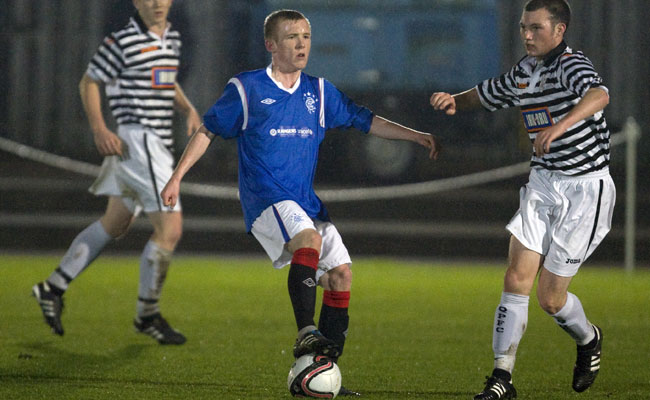 Youth professional Darren Ramsay
has confirmed in the past 24 hours that he is the latest Murray Park
product to be sent out on loan.
The 20 year old midfielder took
to his Twitter account to announce he has left for the Red Lichties of Arbroath
until January, following in the footsteps of fellow Murray Park
youngster Luca Gasparotto who departed for Morton only a few days ago.
Ramsay has been at Ibrox since he
was barely 10, and has risen through the various age ranks and currently sits
in the U20s, on the cusp of promotion to the senior team, but like his Canadian
counterpart Ramsay is adjudged by manager Mark Warburton as requiring first
team football, something Ramsay is pleased about:
He said:
“Joining @Arbroath_FC on loan until
january, looking forward to first team football for a while.”
Naturally the playmaker would
prefer that first-team football to be at Ibrox, but six months experience in
the more forgiving atmosphere of Gayfield
Park in League 2 would
probably equip him better than the bench of Ibrox.