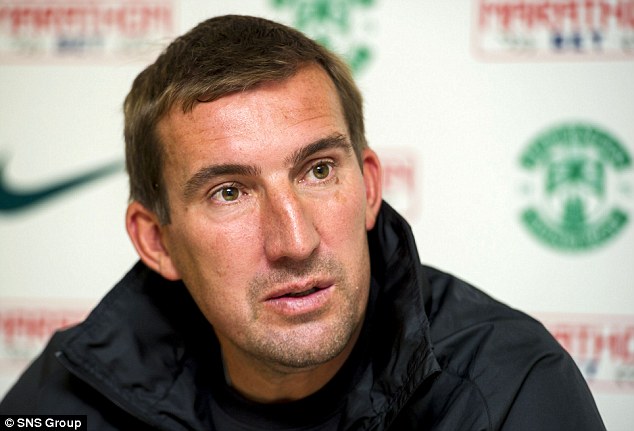 The English Premier League was
once graced by one of the greatest managers who ever lived in Govan’s most famous
son; Sir Alex Ferguson.
Beyond his sheer brilliance
tactically and commensurate ability to get more out of players than they even
knew they could produce was his legendary practice of mind games.
Arsene Wenger was a long-time
victim of these, and overall many would have to concede Sir Alex had the edge. Ferguson’s spiritual
successor Jose Mourinho has also been more than a tad partial to indulging in
these psychological bouts of warfare, and to his credit, he has been more than
competent at them.
Scottish football never really
had anyone especially brilliant at cerebral combat though, mainly given there
was never any major need.
However, one present-day manager
in the Championship has decided to take on the mantle of psychological warrior,
well-versed in the cogent manipulation of opposition managers. Unfortunately
for the esteemed Mr Alan Stubbs, his attempts at mind games go something below embarrassing
and into the realm of sincerely worrying about his mental stability.
And oddly enough all of this is
aimed in the direction of Ibrox, and rather highlights this former Celtic
player’s increasingly bitter loathing of all things Rangers.
It all started with that
ridiculous epigram in the play-off semifinal v Rangers when Stubbs decided to
try undermining the score at Ibrox by claiming:
“2-0 is the most vulnerable lead in football.”
Woeful does not cover how poor
this was. It failed miserably as Rangers ran out 2-1 aggregate winners.
The next attempt was even more
ludicrous. When Rangers’ bid around £100,000 for Scott Allan, Stubbs’ response
was even more transparent than the first one:
“We’ve had a bid from Rangers, which has
been flatly rejected. We’re not welcoming any bids, out position hasn’t changed
since when I spoke about it a month ago. It (bid of £100,000) doesn’t say a lot
about what Rangers think of the player.”
These comments speak for
themselves.
But the latest ones in the press
over the past day are on a new level of idiocy. I respect mind games, effective
ones anyway. They are a fine way to get sub-epidermal to your opponent, getting
under their skin and potentially altering their tactics in a way that
inadvertently helps you. But Stubbs’ attempts are just getting more and more
feeble.
His latest diatribe tries to
undermine Mark Warburton altogether, saying:
“It’s very easy when you’ve got money to
spend to bring in much better players than what was there at the start.”
Where do we start with this
nonsense? First off Rangers only spent money outright on three of the 10
signings made so far – roughly £200K each on Rob Kiernan, Martyn Waghorn and
James Tavernier. No one is seriously going to build a convincing case that
£600,000 can rebuild a good team from scratch, not even one in Scotland’s
second tier. No, which is why the rest of the signings are all free agents or
loans.
“When you buy good players, which they’ve
obviously brought in, sometimes it does not necessarily take a long a time (to
gel). Compared to where they are last season to now, it is a transformation of
the squad but they’ve spent a lot of money as well.”
No. No. No! Alan, you are plain
lying here, and trying strongly to imply that Rangers, or Warburton in
particular basically opened the cheque book and bought new players willy nilly.
Complete and total drivel, sorry.
Then he makes it even worse, by
spouting another blatant falsehood:
“Their start to the season has been very
strong, there is no denying that and we’ve seen from their second half
performance against us that when things go their way, they can be a dangerous
team.”
Actually Rangers were struck back by
Alloa at Recreation
Park, yet recovered
almost immediately. So, things did not go completely our way there and we
remained a dangerous team. That is called resilience.
In many ways it is paradoxical to
qualify and dignify his absolute babbling with any considered response, but
given how wildly inaccurate his comments are, and how close they come to
complete lies, it was worth offering some sort of counter-argument.
The Allan saga really got to him, huh?