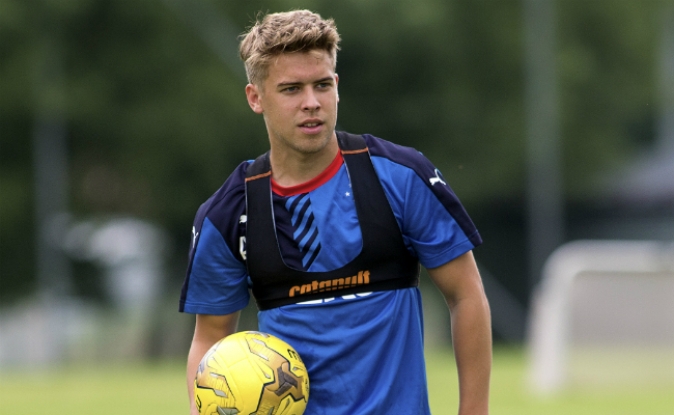 After many saw Andy Murdoch as
part of the future under the new Mark Warburton era, it came as a bit of a
curve-ball to see him omitted from the first-team for the visit of Burnley last night, and instead sent to Ballymena with
the U20s.
Murdoch made a pretty big
impression under initially Kenny McDowall then Stuart McCall last season, and
it had been conceived that his promotion to the senior team was a permanent
decision, not least given Ian Durrant dropped his name as one of those formally
to make the grade.
So it was a genuine surprise and
a rather strange circumstance which saw him travel to Northern Ireland
for the 1-1 friendly draw with Bally, and the midfielder himself played down
any disappointment at not being involved at Ibrox by expressing gratitude at
getting any play time at all.
He said:
“He (Warburton) has told the young players
if you’re good enough, you’re old enough and if you do well you can get a shot
at the first team and he has laid that out to everyone. We’re all trying to
impress and to earn a place in that team.”
While many would argue that is
consistent with what the new manager has said from day one, the inclusion of
the perennially disappointing Nicky Law in the starting XI while Murdoch,
infinitely more useful last season, found himself across the water, does seem a
little odd.
While it is certainly true the
youngsters need to earn their stripes, some of them, Murdoch included, surely
already have, and with his fellow Murray Park graduates like Walsh and Hardie
named among the subs last night, Walsh getting significant game time, Murdoch
will wonder why he was not among them at the very least.
It will be very interesting to
see if he is involved at Easter Road.