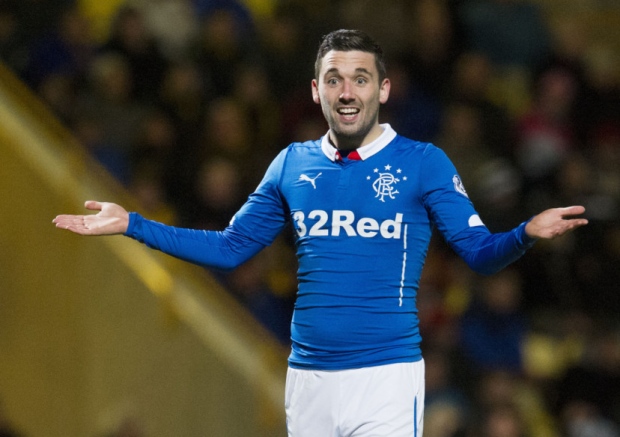 One look at Rangers’ leading
goalscorers last season made for desperate reading.
That the most prolific striker at
the Club was Nicky Law with 10 from midfield summed up how absolutely abject
the situation was.
The leading ‘dedicated’ striker
was the thoroughly average Nicky Clark with 8, and Newcastle
loanee Haris Vuckic, here for only four months, was equal to Clark.
In four months a deeper second
striker managed to get to the top of Rangers’ scoring charts. With absolute
ease.
This summer window has seen the
likes of Boyd and Daly go out the back door having failed so badly last season
to put the ball in the back of the net, and while goalkeepers, defenders, and
midfielders have flown in the front door, the dramatic lack of quality
additions up front is starting to wear thin.
Wigan’s Martyn Waghorn is the
only actual forward Rangers have secured, and his career has been one of honest
hard work and link play – scoring has never been his forte, with 7 in 29 for
Wigan testifying to that, as did his lack of composure in front of goal on
Tuesday.
Over the past 24 hours Rangers
have seen a bid rejected for Scott Allan, while further speculation links
Warburton with his ex-charge Jonathan Douglas. But, of course, these are both
midfielders.
While it would be churlish to
turn one’s nose up at decent midfielders arriving, given the dross fans have
had to tolerate in recent years, the weak striking options at the manager’s
disposal are beginning to look more and more stark, every passing day.
Right now the options are
Waghorn, Clark and Miller with Hardie and Gallagher as backup.
To call this threadbare is
generous. There is not one striker in that group that Rangers fans can look to
rely on for goals. Waghorn, Clark and Miller are all grafters – they will give
their all but they lack the quality to score prolifically. Gallagher and Hardie
are still relatively untested over a whole season and surely not the overall
answer.
With the Stevie May story fading
dramatically in recent days, not least of all down to the player’s own
testimony that he is not leaving Sheffield, Rangers have effectively two days
to snatch a decent striker before they depart for Edinburgh. Or, if we wish to
cut more slack, a couple of weeks before the league campaign begins in earnest.
The progress in the squad is good
– the defence looks solid, more than solid, while the midfield has plenty of
depth with Halliday, Law, Thompson, Holt, and Shiels as backup – while Allan,
Douglas and Eustace could all become Rangers players before long. And the
attitude on Tuesday was impressive, by and large, with hunger and desire making
an appearance.
But without someone to actually
stick the ball away, to take those chances Rangers are starting to create, it
loses a great deal of its impact.
One can only hope someone is on the horizon – a 20-goal a
season man to provide the final piece of the Rangers jigsaw.