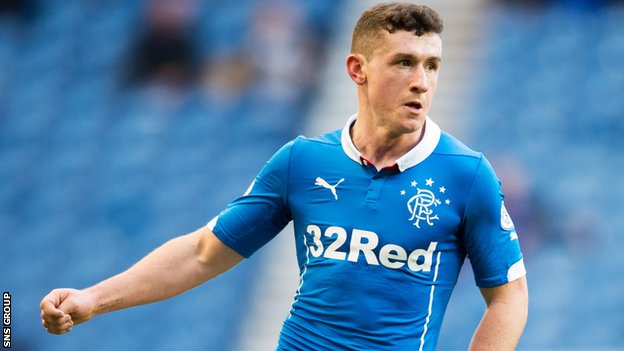 Only Mark Warburton knows the
extent of Fraser Aird’s deployment at right back v Ayr.
Only the Rangers manager knows what the thinking behind that move was, but it
is an ‘experiment’ which appears to have worked fairly well.
With (ex) trialist Reece Wabara
apparently no longer in Warburton’s thinking, the Englishman being a right back
by trade, and recent rejection of Rangers’ undisclosed bid for Wigan’s right
back James Tavernier, that slot in defence remains a real trouble spot.
There had been speculation that
Spurs’ youth RB Ryan Fredericks was being primed for that position, but it has
dulled down considerably in recent times, leaving a gaping hole.
Consequently young Canadian Aird
found himself in the decidedly unfamiliar role of the defensive flank, like
Robbie Crawford did briefly last season, and, like Crawford, covered himself
rather well.
It must not be forgotten that
Aird was completely mismanaged by Ally McCoist, and found himself ditched down
to the unders by McDowall, then Stuart McCall. In short, he appears not to have
been ready for the step up, but surely is now.
Is he a permanent solution to the
RB dilemma? Surely not. But he does appear willing to fill that role if need
be.
He said:
“I thought it (playing at right back) was
good. I thought it was alright, the gaffer was happy with me so that’s the main
thing. But no, it’s obviously different, a good learning experience for myself.
I played there a few times with the 20s last year with Durranty and it just
shows I can play different positions on the park. But it’s a good learning
curve for me seeing a different part of the pitch! I’m happy with the
performance today from myself.”
Aird has experience of that
position previously under Durrant, and appears to have impressed Warburton
there.
Whether he is to be used on a
more permanent basis in that area remains to be seen.