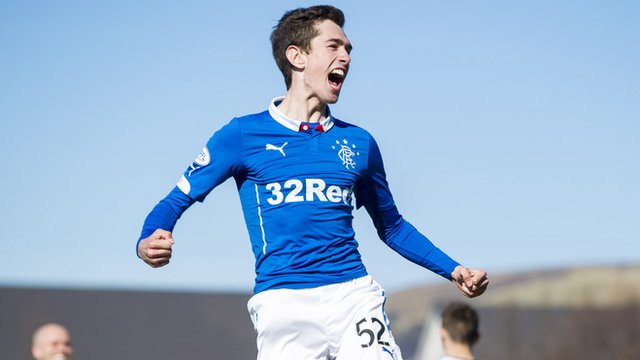 Rangers’ U20’s coach Ian Durrant
has today confirmed star striker Ryan Hardie is no longer one of his players,
and has been promoted to the senior squad on a permanent basis by Mark
Warburton.
Speaking after his charges beat
Dumbarton 4-0 comfortably at Murray
Park today, Durrant was
delighted with the display, and spoke of his natural disappointment at losing
such a prized asset, but equal pleasure to see Hardie’s promotion up to Rangers’
first team.
He said:
“We lost Ryan Hardie, so we’ve lost a
lot of goals as he’s moved up to the first team. That’s excellent for the youth
department.”
It is high praise for Rangers’
youth program to see one of the marquee products rewarded with permanent
elevation to the senior team, and Warburton clearly rates Hardie, who impressed
hugely last season when he featured latterly in the campaign.
Rangers naturally still need
reinforcements in that area, but this does officially leave the senior striker
pool as Kenny Miller, Dean Shiels, Nicky Clark and Ryan Hardie.