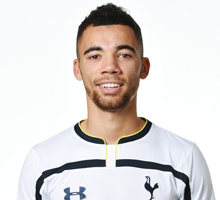 Mark Warburton is today
reportedly negotiating to bringing Tottenham Hotspur’s promising young
right-back Ryan Fredericks on loan to Ibrox along with the White Hart Lane club’s fellow youth
product Harry Winks.
Fredericks,
22, also experienced a loan deal at Warburton’s previous club Brentford, and
the moves to bring him north do cast doubt on the success of trialist Reece
Wabara’s spell at Murray
Park.
Wabara is due to play v Spurs in
the upcoming friendly tomorrow, but Warbs’ talks with Tottenham over another
right back rather than Wabara suggest the former Man City full back may not
have impressed enough during his time north of the border.
Fredericks has plenty of Championship
experience, including at Middlesbrough last season during their excellent drive
towards the Premiership which only failed at the final hurdle, and England U19
caps to his credit, along with European appearances.
If Wabara remains in the picture,
and Fredericks
is for competition, then it certainly spells the end of Darren McGregor playing
at his auxiliary right back slot, and firmly paints the player of the year last
year as squad material or competition at central defence.