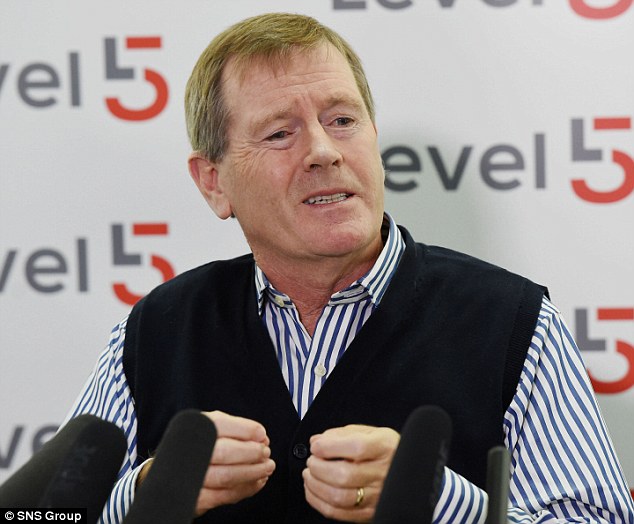 Four months, five days. 16 weeks
and counting since Dave King and his band of merry men swept into town and seized
control of Rangers’ boardroom.
Most readers of this site will
know it was never in favour of King, but, in the interests of fairness, was
willing to give him a chance and hoped he, Murray and Gilligan succeeded,
because Rangers are frankly far too valuable and important for anything else.
It was in everyone’s interests,
everyone associated with Rangers that is, that King’s coup of the Club
succeeded, and succeeded well.
And, to their credit, certain
good things have happened;
So, the ball was definitely
rolling in the right direction, and few can have too many complaints about the
work done since the end of the playoffs.
However, and the crux of the
problem still sits with the majority of supporters about King and his promises;
the lack of their delivery.
Well over four months on and
there is still no hint of any major investment at all. Quite simply supporters
need some kind of official statement on the official site officially confirming
many millions have been pumped in, with proof.
King promised £20M. He said, and
I paraphrase:
“I expect to put in 10, and I imagine the
others will make up the rest”.
Fine, excellent in fact. But
where is it?
A full fiscal quarter has now
elapsed and we see absolutely no evidence of any major investment to help the
areas of the Club which badly need an injection. Assistant coach David Weir
rightly bemoaned the lack of a scouting network:
“Scouting is a fundamental part of any
football club and it is a big thing Rangers have lacked. The scouting structure
hasn’t been as thorough as it needs to be and my experience is that the best
clubs have the best scouting structures. It is something that over a period of
time the club needs to put in place. It
is definitely one thing we are working on but there has been no changes as of
yet.“
So well over four months down the
line and no changes implemented to a critical aspect of the Club. That, simply,
is not good enough. Weir himself is even admitting his displeasure that nothing
has been done.
Instead every few weeks the media
hypes up ‘Dave King jetting in’ as if Rangers fans should bow to his feet that
he is (occasionally) willing to take time out of his precious day job to attend to matters at
Ibrox.
Rangers should not be a part-time commitment and if
King cannot dedicate himself to the position 24/7 he should delegate his role on a
permanent basis to someone who can.
King had no part to play in any
of the signings, nor did he negotiate with any of the managerial candidates,
including Warburton. He admitted himself that was left to a ‘committee’ who
carried out the discussions and made the final decision.
On no level is this good enough
for the supposed boss of the Club. And neither is his lack of significant
investment.
And that goes for the rest of the
board too.
Fans are going with faith right
now that ‘everything will be fine’ and, with luck, it will be; but the
disturbing lack of fundamental changes at the Club (Weir highlighted that
next-to-no new staff have been brought into the Club and it is the same old
faces he remembers from the last time he was here) and the even more worrying
absence of notable investment after a full quarter and counting just is not
adequate.
Not even remotely.
Dave; board; get your fingers out
of your pockets and into your wallets.