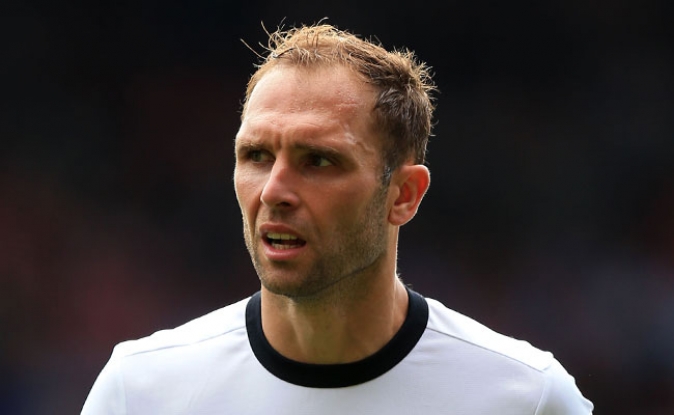 Assistant manager David Weir has
today admitted ‘trialist’ John Eustace is fit and simply not match-sharp.
As this site suggested earlier,
Eustace appears to be ‘using’ Murray Park’s facilities to gain fitness for now, and the
assistant manager confirmed the former Derby
man, 35, is certainly over his knee injuries for sure.
The former Everton and Rangers
defender said:
“I think everything is alright with
John’s knee – there is no doubt about that. He’s been checked out, and it’s
just a case of getting him fit now and getting him to a standard where he can
play games and get training again.”
The terms of this ‘trial’ remain
distinctly odd, with the rarity of the situation being that the player himself seems
to be as much trialing the Club as it is trialing him, with the official press
release confirming that both sides wished to effectively ‘test the water’ and
see if it is a deal mutually agreeable.
But in the meantime, Eustace is
most definitely healthy, and simply requires to get match-fit.
It is not the news that fans want
to hear, but it is a case where the Club is as much on trial as the player is.
And that is a rare phenomenon
indeed in football.