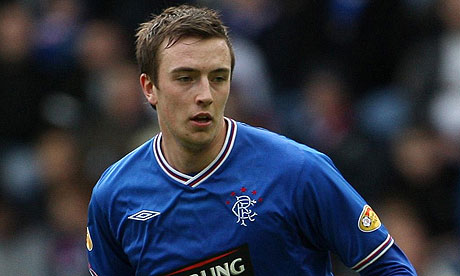 A source close to Danny Wilson
claims the former Hearts, Liverpool, Blackpool
and Rangers defender has chosen to return to Rangers over signing up at Celtic.
It is widely understood the two
Old Firm clubs are head-to-head for the player’s signature, but last season’s
captain at Tynecastle (and now a free agent) is understood to have made his
decision and will seemingly become a Rangers player imminently.
The source said:
“Celtic are still interested in him but I
expect him to be a Rangers player tomorrow.”
The battle between the two clubs
for Wilson’s
contract is not the first to have been initiated this summer, with an ongoing Old
Firm war over Hibernian midfielder Scott Allan’s signature also a topic for
much debate.
But in the past two days we may
just have seen the new-look Rangers’ central defence under Warburton take
shape, in the form of Rob Kiernan, and Danny Wilson.