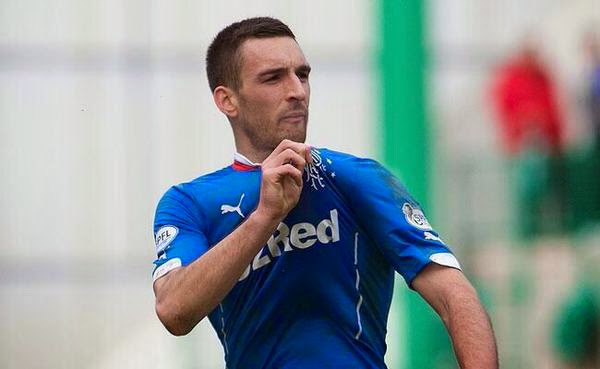 With Lee McCulloch’s departure
finally official, thoughts turn to Rangers’ new captain. I have always been of
the view the captain should have been his namesake Wallace some considerable
time ago, and while many fans do not entirely agree with this choice, their
reason generally appears to be his lack of vocal on the pitch.
When it comes to loyalty and
sacrifice, Wallace really did give up a lot to remain at Ibrox. Yes, Rangers
fans, myself included, probably do over rate him a tad and he would not exactly
have easily got a gig at some high-flying English Premiership side, but Nottingham Forest did bid around £1,000,000 for him and it was rejected by both
the-then Rangers board and the player himself.
So, the man has shown commitment
for sure, and we certainly cannot call his dedication into question.
His performances? Yes, they have
dipped. He has not been sparkling during these three years in the dungeon of
the SPFL’s lower division. But few fans truly believe that is actually his
level.
After the hysteria of the result
in the playoff final faded, myself guilty of some, in the cold light of day Lee
Wallace remains one of Rangers’ most important and valuable assets, and there
is the very valid argument that he would perform much better in a better team.
As he did in 2011/2012 with the likes of Davis, Aluko, Naismith and Jelavic
around him.
But as for captaincy? As for his
lack of vocal? Any Rangers fan paying close attention to him in the playoffs
would have seen Rangers’ real leader, whether McCulloch was playing or not.
Wallace frequently instructed players around him, barking orders, telling his
team mates where to be. Of course it was not enough to secure promotion, but
anyone claiming Lee Wallace is not a leader and is not vocal enough is simply not
being fair.
It is true that maybe a couple of
years ago he was not much of a talisman, but he is now, clearly having been inspired by his amateur coaching role at
Edinburgh’s Tynecastle FC, itself a promotion from coaching at a lower level
for many months prior.
If anyone is putting the time,
and effort, into football, and not just playing, it is Wallace, and it is
clearly, absolutely, unequivocally his time to be appointed Ibrox Club captain.
He deserves it.