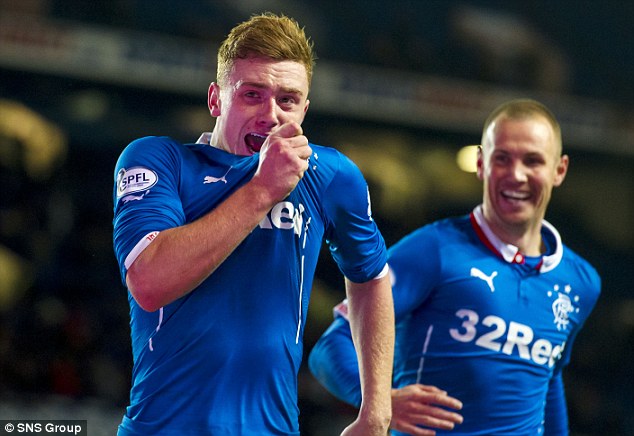 As Ibroxnoise.co.uk brought you earlier this year, Lewis Macleod is being heavily linked with a return to Ibrox
in light of the Govan Club securing Macleod’s former manager Mark Warburton as
their new boss and Weir the assistant.
Macleod was firmly on record as
not wanting to leave Rangers, and desiring to return. Earlier this year he
said:
“When you’re a Rangers fan, it’s hard to let
go and I’ve never experienced anything else in football up to now. I definitely
wasn’t eager to get out the door but when the opportunity came, with everything
that was happening outside football at the club, I leant towards moving away. It
all happened very quickly. If things had maybe happened differently off the
pitch with regards to the club trying to keep me when someone came in, I might
have stayed. I didn’t have much time to process it but it’s done now and I’m
looking forward to a different challenge.”
Then-Brentford assistant David
Weir was a pivotal reason Macleod was attracted to Griffin Park,
and with the former defender now back at Ibrox as Warburton’s right-hand man,
speculation regarding Macleod’s return is intensifying.
“Nothing on the playing side made me
want to move but a different opportunity came up. It’s exciting to be starting
out with a new team but the surroundings here are nothing compared to Ibrox.
You realise how massive Rangers are when you go elsewhere but there’s still a
good atmosphere at Griffin
Park. I’m hoping to
improve with playing at a higher level. That’s one of the main reasons I left
Rangers. Working under the new manager (Warburton) and Davie, a lot of analysis goes on behind the
scenes.”
This would be another welcome
return in the eyes of most Rangers supporters.