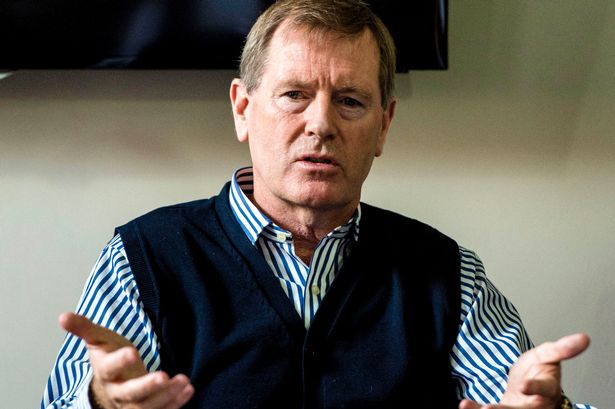 When Dave King & Paul Murray
won control of Rangers’ boardroom, one of the most prevalent points made was
King’s assertion that £20M-£25M was needed regarding investment into the Club,
and the chairman claimed he would inject around £10M of that himself, and
expected the rest of the board to cough up the remainder.
Unfortunately, over three months
on, the only cash Rangers have received from anyone has been King’s £1.5M
non-secured loan, and the Three Bears’ identical amount, also borrowed.
All loans. Not investment, but,
effectively, further debt on top of the £5M owed to Sports Direct.
All in all, Rangers are now £8M
in debt to its own shareholders and board.
With well over 12 weeks passed
since King’s brand spanking new era promising wealth and enrichment, as well as
progress, the absolute truth is Rangers have stood completely still.
First some fans cut the board
slack by hitting out with ‘they only just
got their feet in the door, give them time’, then as that one started to
wear thin the line used was ‘they’re
waiting to see what division we’ll be in’, then as that one started to lose
credibility it has become ‘they’re
waiting to see what manager they appoint’.
And when a manager is appointed the next line to excuse
the lack of investment will probably be another tired cliché to excuse an
astounding absence of action.
The fact is King and his cohorts
have promised the Earth to Rangers fans and have delivered absolutely nothing
beyond symbolism. As much as they have got some
things right (Greig honorary president, releasing eleven pieces of dead
wood) the amount of woeful mistakes so far is testing even the most ardent
supporter of the board’s patience. And the lack of investment even worse.
Loans do not qualify as investment, and the board’s decision to oppose the
motion of the upcoming EGM is bewildering – quite simply because £5M to get the
majority of Ashley’s clauses off Rangers’ backs really does not seem like a big
price to pay. An official statement even claims that getting the full 100% back
of Rangers Retail is apparently not in the Club’s best interests.
Words fail me.
And the continuing lack of action
with regards to rebuilding is severely grating. Still no sign of a manager, no
obvious sign of a plan beyond a few tired old pieces of rhetoric from Paul
Murray about how broken the Club is. We already know it Paul me ‘ol chum, no
need to keep on repeating it.
At no point has the chairman
concisely detailed what he plans to do – all of his comments about the future
have been vague comments about how he needs the fans’ backing, how he needs us
to invest (thought it was yourself and the board who were initially stumping up, Dave?) and believe in the board, and intends to relist but no ETA on it and
no tangible plan about how he intends to build supporter faith in what he is
doing.
And critically no investment. Not
a penny from anyone. It is all loans loans loans to keep the Club afloat.
King has advocated himself as the
answer to Rangers’ problems – not overnight, but certainly after three months
we thought we would see something to vindicate the overwhelming victory he
managed in March. We simply have not.
And before anyone complains that
I hate the board, I actually do not. If I see a shiny new manager appointed,
players coming in and fees being paid for them; with a tangible root of
investment growing underneath it, I will be as happy as the next Bear.
But right now it is all a lot of
hot air and there is nothing beneath the hood.