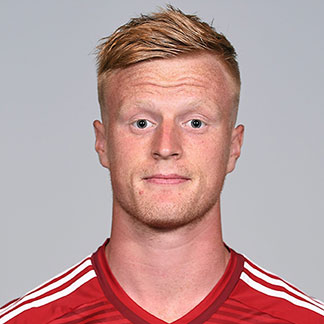 Danish journalist Soren Sorgenfri
has today linked Rangers with Aarhuf GF’s under-21 Danish internationalist Jens
Jonsson.
The defensive midfielder, capable
of playing in both defence & midfield, although primarily a CB, is
currently away on duty with his country in the Czech
Republic for this summer’s European Championships, and
has also been courted by Bristol
City and Hearts.
With Rangers desperately trying
to enhance the squad, a 14-time capped Danish U21 international defender with
two goals to his name would not be the worst addition to the squad, although
whether new manager Mark Warburton would be looking at him as a first-team
starter or a quality reserve is less known.
Rangers are currently reportedly
working on deals for John Eustace, Danny Wilson, Scott Allan and Rob Kiernan to
name but four, and Jonsson could be another contract the Club will endeavour to
close out before the end of the week.