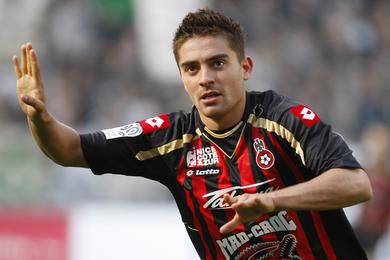 It is understood Rangers are
interested in Celtic target Anthony Mounier. The 27 year old left-winger
currently plies his trade for Ligue 1 cracks Montpellier,
who finished just outside the European places in France’s top flight.
Celtic manager Ronny Deila has
certainly stolen a march on Rangers by sending men out to scope the attacker
out, and if they present the Frenchman with a decent offer Rangers would have
to go some to attract him to Ibrox in a weaker league without any European football.
It is unclear whose interest in
the forward was first, but Celtic remain in pole position to secure his
signature in terms of competition between them and Rangers, and presumably the
Ibrox men would have to offer a better wage, something unlikely to occur.
It is also understood Mounier is
actively being placed on Montpellier’s
transfer list as confirmed by club president Louis Nicollin and that inquiries have been made by various clubs.
However, both Old Firm clubs face
further competition from Greek giants Olympiakos, who are ironically enough currently managed by another target of the Ibrox men, Vitor Pereira, and all three will hope no
English Premier League sides make a move as that is regarded as Mounier’s favoured
destination.

This is a signature Rangers are incredibly unlikely to secure, albeit the Pereira subplot makes the story that little more curious.