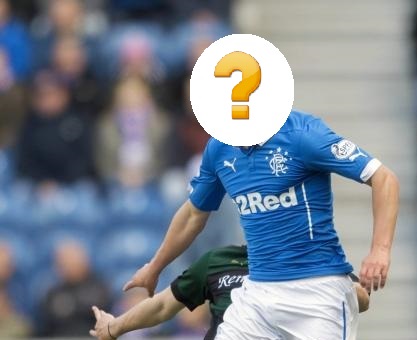 The results are in.
Yesterday, Ibroxnoise.co.uk ran a poll to find out which players Rangers fans wish to keep at Ibrox, the players
they deem good enough for a future at the Club in next season’s Championship
fight for promotion.
The players included in the
options were those who are not out of contract, and guaranteed to remain at the
Club unless their contracts are paid off or alternative clubs bid hard cash for
them.
With so few assets at Rangers’
disposal, it is unlikely a great deal of players will attract interest from
other clubs, but it promises to be a curious summer on the transfer front
nevertheless.
But without further ado, here are
your results, the players you want to keep in Govan:
In an honourable sixth place,
young Callum Gallagher with, at the
time of writing, 9% of the vote. Gallagher has barely featured under McCall,
but clearly Rangers fans feel he deserves a shout.
In fifth place, Ryan Hardie, 10%, Hardie made his
breakthrough under McCall, and while not heavily used, proved himself a useful
player indeed and one for the future.
In joint second, Lee Wallace, Tom Walsh & Darren
McGregor, with 11%. Despite the former having a weak season and the latter
struggling badly in the playoffs, they are nevertheless widely regarded as two
of our best players and fans clearly wish to retain their services. Walsh had a
similar breakthrough to Hardie and is viewed highly.
And the clear winner out on his
own: Andy Murdoch with 12%. Not a
runaway victory but it illustrates this young man’s impact that he only
appeared in February onwards and is now viewed by supporters as quite simply
our most important and best player, at least by the 1600+ voters who cast their
views.
It also says a great deal for the
regard in which Nicky Law, Dean Shiels, Cammy Bell and David Templeton are held that the
highest any of them managed was 6%.
In a mild oversight the poll
completely forgot to include Barrie McKay and Nicky Clark, but this probably does not
alter the results a vast amount.