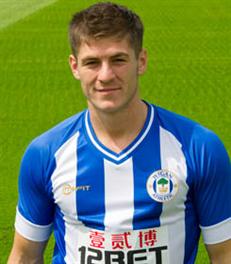 When news broke earlier that
Rangers had had a bid accepted for Wigan’s Rob
Kiernan, the most important part of the entire story was the following phrase:
“bid accepted”
After signing up the popular
choice Mark Warburton to take over the reins at Ibrox, a man who was highly in
demand after his incredible achievements with lowly Brentford, that in itself
sent a message out that this Rangers regime are taking the recovery of our
beloved Club seriously.
Regular readers will know this
site has been extremely critical of mistakes the board have made, and recent
entries were scathing regarding a lack of action.
But when Warburton signed on the
dotted line along with right-hand man Weir, it was the first step to proving
the doubters wrong, and today, by having a bid accepted by the Championship
outfit, it is a further step to showing this board is starting to truly put its
money where its mouths are.
The bid is said to be in the
region of between £150,000 and £500,000, with some outlets claiming £200K, but
whatever the fee, this would be Rangers’ first paid transfer fee since the modest
fee paid for David Templeton in summer 2012.
And that, small though the sum
is, is a massive step towards the rebirth of the Rangers we know.
For over 36 months Rangers fans
have had to tolerate mercenary out-of-contract rubbish looking for a cushy wage
at Ibrox, or completely obscure youth players from other clubs who failed the
grade elsewhere. That has been exclusively the kind of player coming in. The
only truly successful signings McCoist made were Lee Wallace for £1.5M
pre-admin, and Darren McGregor, another free.
That is the kind of lean diet
Rangers have been on for too long, and today’s news that the board are willing
to shell out hard cash, whatever the sum is, proves that finally, Rangers fans
will see what they deserve – a properly-scouted and targeted group of players,
with transfer fees attached.
It might only be sub-£500,000,
but it is far more valuable than that.

NB: Updated to take account of Templeton fee, but correction does not alter article’s message.