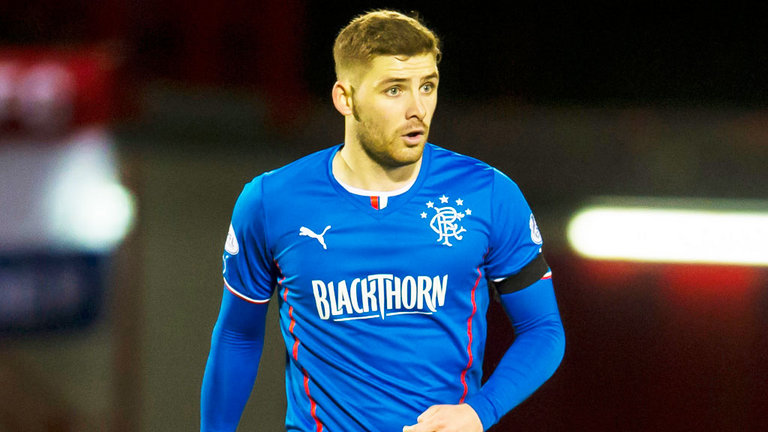 Rangers’ (former) midfielder Kyle
Hutton has strongly hinted at what Ibroxnoise.co.uk brought to you days ago
with the news that a glut of out-of-contract players, Hutton among them, have been shown the door
at Ibrox, even if Rangers’ board is excruciatingly slow at confirming it
officially.
Discussing Rangers’ fortunes
under (present) manager Stuart McCall, Hutton spoke of the Ibrox Club in a
passive past and distant tense, strongly suggesting he is no longer contracted.
“Obviously the Motherwell games were a big,
big disappointment for everybody but, given a bit more time, I think he can be
a success. Giving him a chance to recruit his own players would obviously help
and he has been quite clear that he has
in mind what he would want to do there. It’s up to the board to decide
whether they want Stuart or if they are going to go with someone else but I
felt he made an impression on the players when he came in.”
This context implies very heavily
that Hutton is no longer a Rangers player, and the worst-kept secret in
Scottish football continues to circulate without verification from Ibrox.
He continued:
“We were better against Hearts and Hibs and
while the Motherwell games are what people will remember, I think the schedule caught up with Rangers a little bit there.”
Given Hutton did not play under
McCall, coupled with the ‘release’ of the surplus, this ‘distance’ he appears
to be putting between himself and the club strongly infers he is a free agent
now.
Furthermore, his girlfriend has
99% corroborated this by recently tweeting:
“It’s moving day feel sad to leave our first
home proper home together, and the home we had our son thanks for the memories
Glasgow harbour. Excited for a new adventure with my wee family, here’s to
bigger and better things to come.”
Rangers remain silent on the
topic.