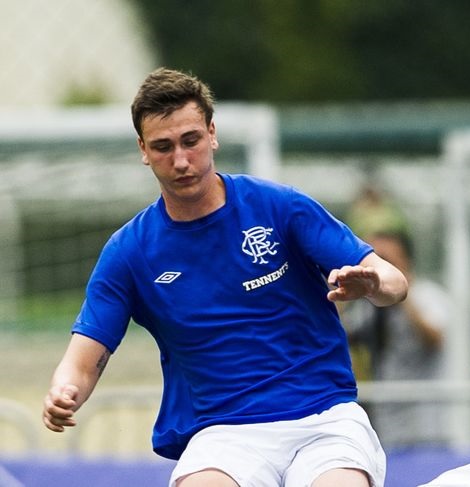 Rangers’ Canadian defender Luca
Gasparotto, previously on loan at Airdrieonians and Stirling Albion, has
confirmed he has extended his stay at Ibrox for a further year.
The stopper, 20, featured briefly
for Rangers during 2012 (he made four appearances) before embarking on
aforementioned loan deals (both lasting a season each) to gain first-team
football, something fans have been requesting he would deserve, at Ibrox, for some considerable time.
He has now returned fully to Murray Park
following his loan at the Excelsior and supporters will be keen to see him
feature more as part of the new era at Rangers.
The Canadian has been called up
by his country’s senior team for so-called ‘camps’ on multiple occasions (the
most recent being in March this year), and he will be hoping his new 12-month
deal at Ibrox will spur him on to feature more under what ever manager takes up
the reins in Govan, and inspire further call ups for his country.