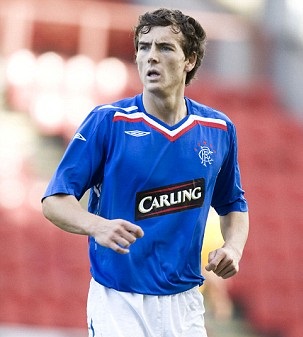 Former Rangers forward and now St
Mirren attacker Alan Gow has admitted he would love to start the new season
with a fixture at Ibrox.
The SPFL fixtures are due out tomorrow
and the Buddies ended up being last season’s big Premiership casualty and now
find themselves in the company of Rangers, Hibs and Queen of the South, among
others.
The forward said:
“It’s a good league, a hard league and there’s
a lot of big clubs there so it’ll be good for a lot of the fans as well to see
good attendances at the games. They’ll be looking forward to Morton, the local
derby so they’ll be good games for the club and players as well.”
On Rangers though, Gow could not
contain his excitement at returning to Govan:
“I think for the fans they would probably
like to see (the season open against) Morton but for myself I always enjoyed
playing at Ibrox so I’d probably like to begin against Rangers (with a huge
grin).”
Gow probably did not get a fair
crack at Ibrox, and sadly began life in Govan under a cloud as he suffered a
bereavement during his debut in LA. Gow learned of a death in the family at
half time during that pre-season friendly, and did not truly seem to recover
from that. However he will be surely welcomed back, even if for 90 minutes
sentiment will be on the backburner.