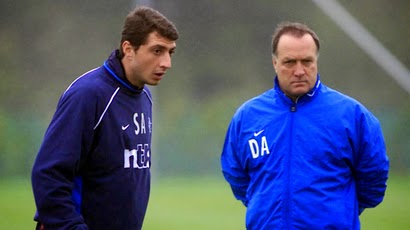 Dick Advocaat has today
apparently confirmed he will not be staying at Sunderland
beyond the end of the season, which has led to rampant speculation from some
media outlets that he could return to Rangers as manager.
There is zero basis for this
story, but a number of Rangers supporters have expressed excitement over the
prospect of the Little General returning to Ibrox.
Unfortunately, such speculation
(this is the third manager linked to Rangers in a week) is undermining the important
job Stuart McCall is currently trying to do in getting the Govan men promoted
by way of another two playoff ties.
The constant gabbling surrounding
McCall’s position is an unwanted distraction, and Alex Rae, former Rangers star
and keen advocate of the current regime, yesterday stressed that the rumours
are not helping nor are any approaches to potential replacements before the
playoffs are complete.
First MK Dons’ Karl Robinson,
then Brentford’s Mark Warburton (and David Weir) yesterday and today Advocaat.
It simply is not fair on McCall
to see his position threatened at this point – yes, he knew he was only signing
on till the summer for sure, but right now is the most important part of his
job – to get through the playoffs, and these distractions are beyond a
nuisance.
Some have suggested Advocaat as a
Director of Football, which might not be the worst solution, but if he is
appointed as manager, it would laugh in the face of the promises King &
Murray made about a young and progressive head coach, as opposed to managerial
matriarch.
But what will be, will be…